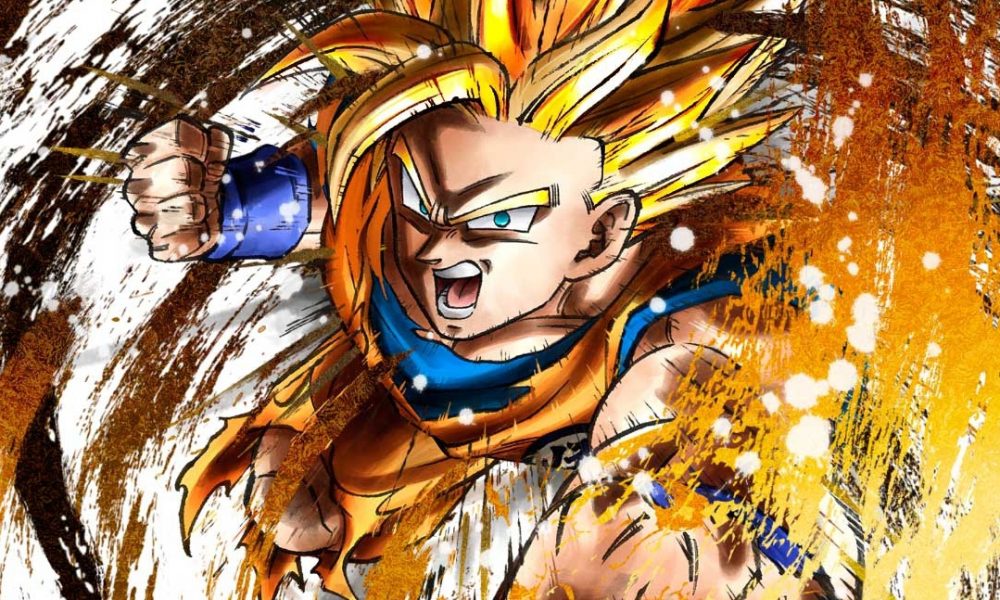 Dragon Ball Z games are popular among many people. However, most of them have been shown to either be presented with questionable quality or poor aging over the years. I rarely find myself returning to these games and on the occasion some people in my Steam friends list would catch me playing Dragon Ball Xenoverse.

However, it seems like Arc System Works and BANDAI-NAMCO knew about how big the Dragon Ball Z brand is. So much so that the moment the trailer for Dragon Ball FighterZ came about people were floored.

The huge impression that Dragon Ball FighterZ left was even bigger the moment Marvel Vs. Capcom: Infinite started to disappoint their fans with the many questionable choices behind its character roster (And someone saying that this is all functions, I don’t know who.)

The graphics aspect of Dragon Ball FighterZ is one of the things that stands out the most. There is a lot of love and care put into the game’s graphics. The game uses 3D assets that have cell shading. This makes them look like they were actually HD hand-drawn sprites.

Furthermore, the chaotic aspect of 3v3 fighting games has been kept intact. You will see a lot of projectiles, Kamehameha waves and other sorts of attacks on your screen. However, it doesn’t saturate the game to the point where the player is lost in the action.

The animations are smooth, with visual references to distinct scenes in the anime embedded in almost every single one of the characters’ movesets. For example, one of Frieza’s level 3 attacks involves him standing up from a hard knockdown the same way he did when he tried to blast Goku at the end of the anime arc.

There are many other examples of tributes to previous scenes of the anime all done in a series of Dramatic Scenes. You can see the epic sequence where Gohan goes Super Saiyan 2 if you start the fight against Cell in the Cell Games arena. Yamcha fighting against Nappa in the Rocky Fields (And even getting his revenge if he wins!).

To describe the graphical aspect of FighterZ, it’s basically a love letter towards Dragon Ball Z fans who always wanted to have the fast paced combat the series has been known for. It’s great to see that the people at Arcsys have managed to perform well in this aspect. 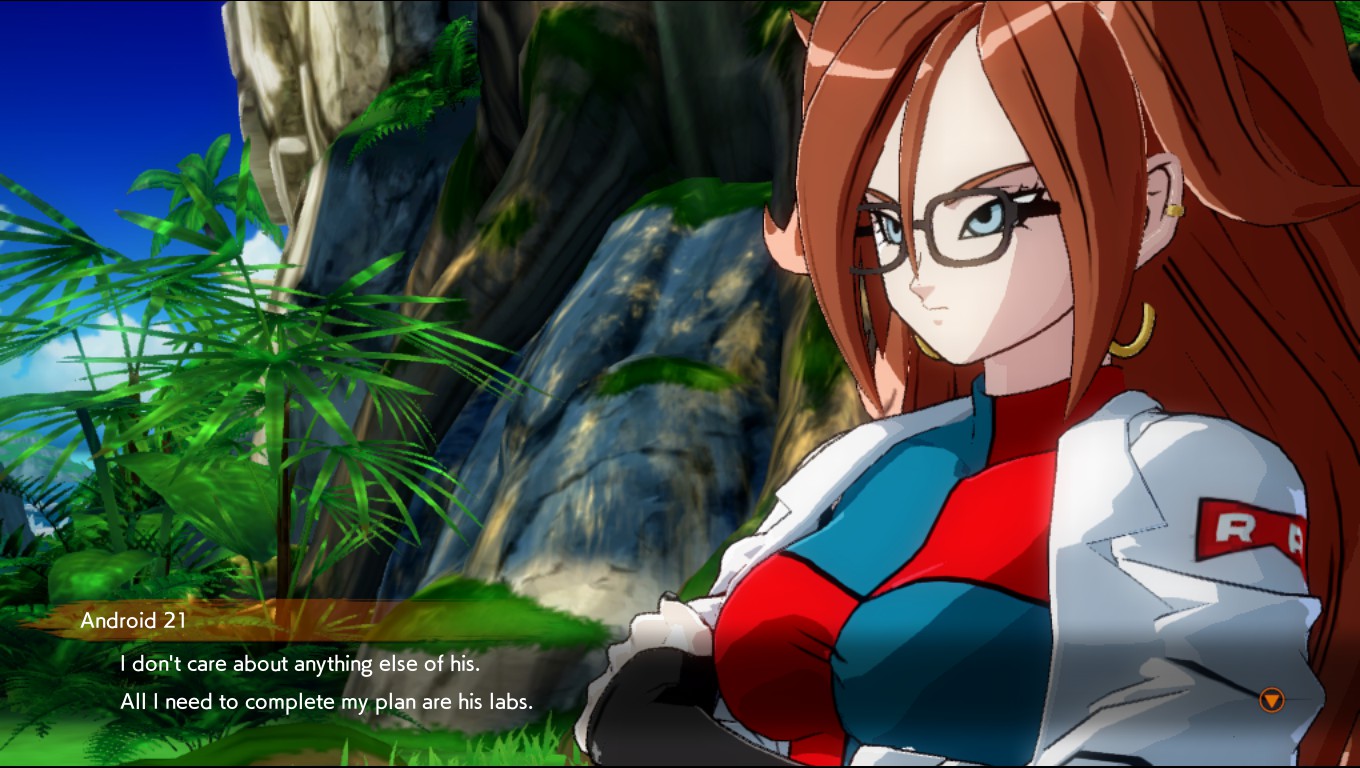 I want to address the Story Mode of this game. As a Fighting Game player I know that these stories don’t tend to go far in terms of narrative but I thought FighterZ would make an attempt to change that sort of mindset.

However, I was vastly disappointed when I found that this game’s story mode has a rather predictable and lackluster plot. The mystery behind Android 21 is played as this big deal and the reveal of said mystery isn’t really satisfying.

The story also ends quite anticlimactically with Goku suddenly saying “Kthnxbai” to the player and then the game suddenly ends. This is definitely one of FighterZ’s weak points.

The way the story is handled in terms of gameplay could also be worked on. It uses the same system as Dragon World from Dragon Ball Z: Budokai 2 where you are put on a map and go into different spaces across it to fight different opponents, namely clones of the main Roster.

I’ll be straight on this one, this way of handling fights pads out game time like nothing else. I found out that a lot of the time I spent on FighterZ was spent on playing the same repeated matches against clones and then seeing the story developing for a few minutes before returning to fight clones.

When the payoff for said grind is not a good story with riveting plot points. It simply is not a game seller. Maybe it’s my fault for expecting a good narrative coupled with the game but at the very least one fighting game can break the mold of “All Fighting Games Have Bad Stories”. 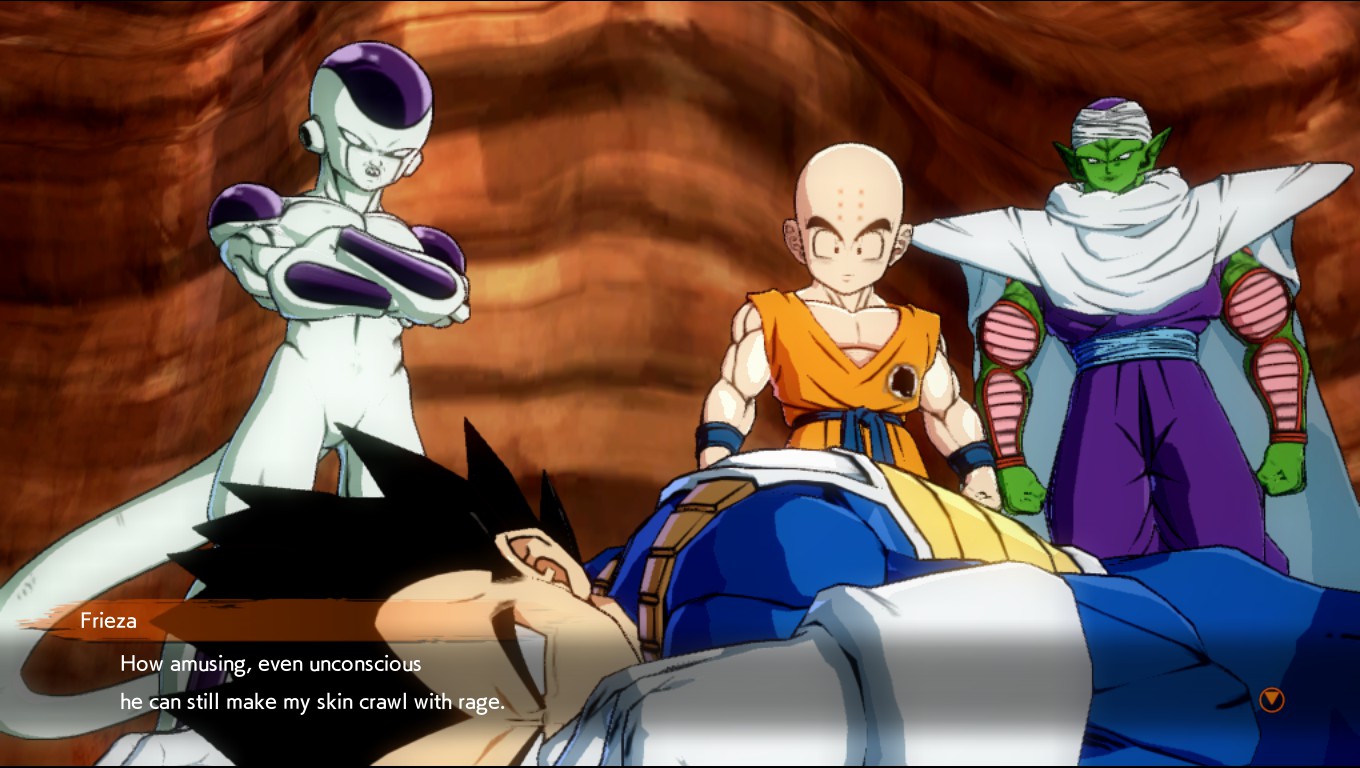 Get to Know Your Favorite Characters to the Core!

That doesn’t mean that the story mode is unsalvageable, though. The game makes up for its lackluster story mode by showing a lot of character interactions between all of your favorite Dragon Ball Z characters.

You’re bound to see some funny interactions between Goku, Tien, Yamcha, Krillin, Android 18 and other supporting members of the cast. Most of them making references to previous story arcs across different Dragon Ball Z as a whole.

I’d say that this is the entire focus of the story mode. Now, this depends on whether or not you prefer a standalone story or a story that focuses highly on lore and characterization. Dragon Ball FighterZ’s story focuses on the latter and does an excellent job at it.

That said, I would’ve liked a more intuitive way of unlocking said character interactions. Even if you look at the menu of interactions for hints on the scenes you haven’t unlocked, you won’t be able to find out which characters need to be on the team to trigger them.

It’s a guessing game that really isn’t worth the repeated playthroughs of the story mode. At the very least these interactions carry over when you see the fighters interact in the core gameplay. 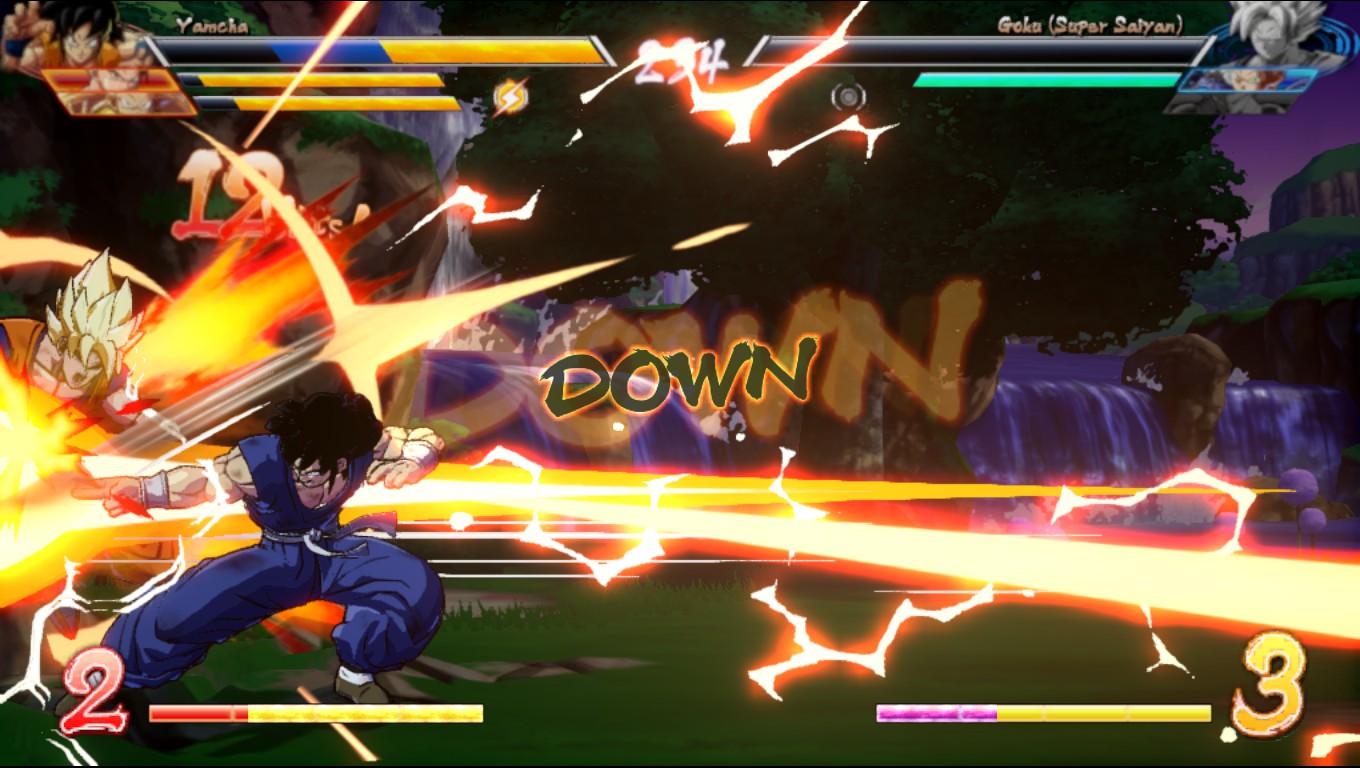 The Fighting Game Marvel Vs. Capcom: Infinite Wishes to be.

The mechanics of this game are something to be expected from Arc System Works. However, the most important part of this comes from the accessibility this game offers so even Casual Players don’t feel left out of the impressive combos.

It’s incredible how the biggest point of discussion in regards of Marvel Vs. Capcom: Infinite was the way it tried to implement accessibility for other people. Meanwhile fans of FighterZ soon accommodated to the accessible fighting system that also has auto-combos just fine.

Auto-combos are done by pressing the Light Attack button and they consist of approximately 6 hits per character. The game makes it clear that you shouldn’t rely on auto-combos alone and people in the community have already found ways to deal with these mechanics.

Players are given the basic attacks, an air dash to close in the gap between players quickly and a Grab to punish overly defensive opponents. This makes a triad system where reading your opponents’ actions and capitalizing in a hit confirm is very important.

Overall, I’d say that the fighting mechanics in this game are the best balance between casual and competitive mindsets. I haven’t touched in other sorts of basic and advanced tech like vanishes, Ki Management and other sorts of things, but I feel like these are better learned through play than told about. 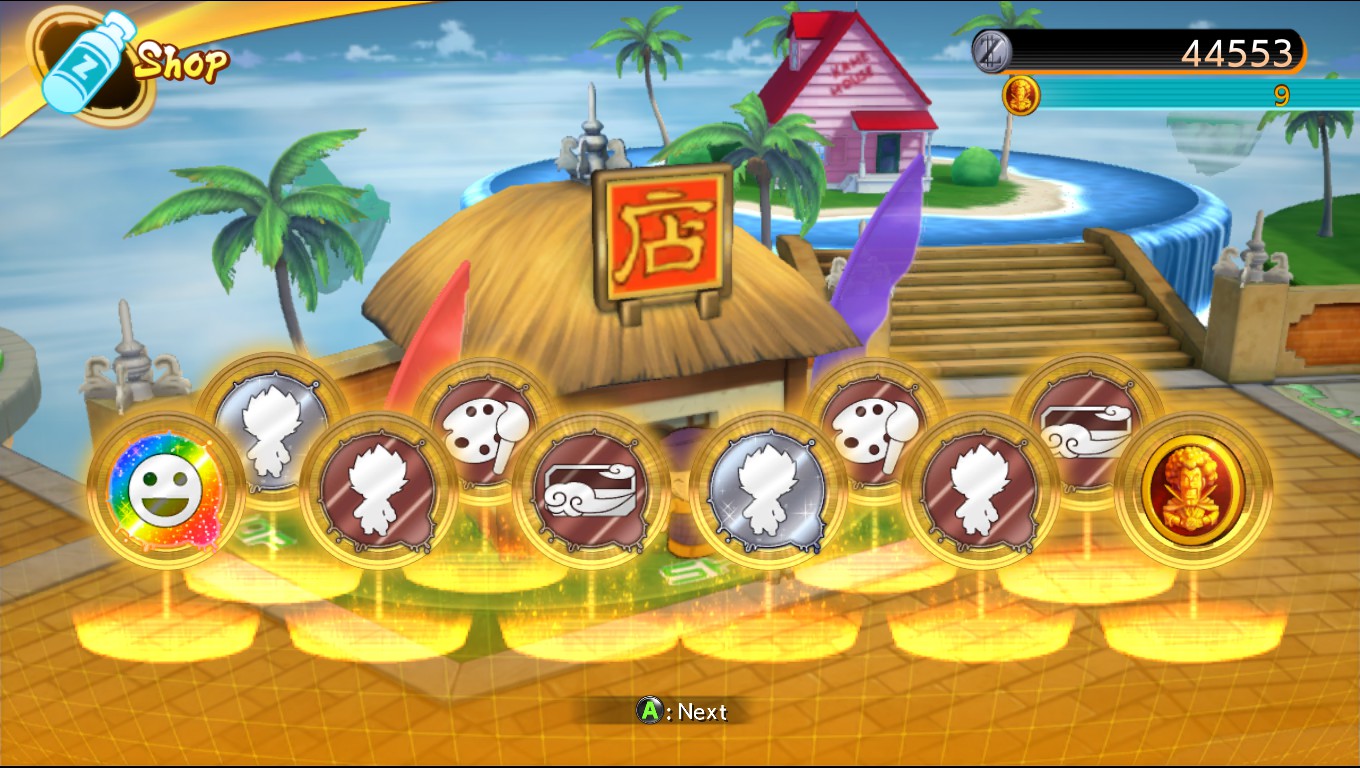 The shortcomings of FighterZ.

While Dragon Ball FighterZ offers a great experience from the get go, there are some major hold backs that have hindered the experience for me and other players. One of the biggest issues come from the game’s netcode.

See, the game handles its netcode almost perfectly, I almost never had matches with huge frame delays. However, the sacrifice for this is the fact that the match maker takes a long time to find you a match whether or not it’s in casual or competitive mode.

There is also another issue with Ring Matches, the only way players have of playing this game with friends. See, there’s no way to directly play with other players, you have to be on the game’s online lobby and then make a Ring Match.

Well, the major problem is that there are times where the Ring Matches don’t actually work correctly and it displays an error saying that “No Room was Found” or that “The Room is Full”. Despite the fact that you and your friend are in the same lobby in the same server.

It gets worse when you take the long queue times for some things like Arena Matches. There’s also the fact that sometimes you can get disconnected from the Lobby you’re at during a match. It becomes annoying especially when you are in the middle of a pretty intense fight. 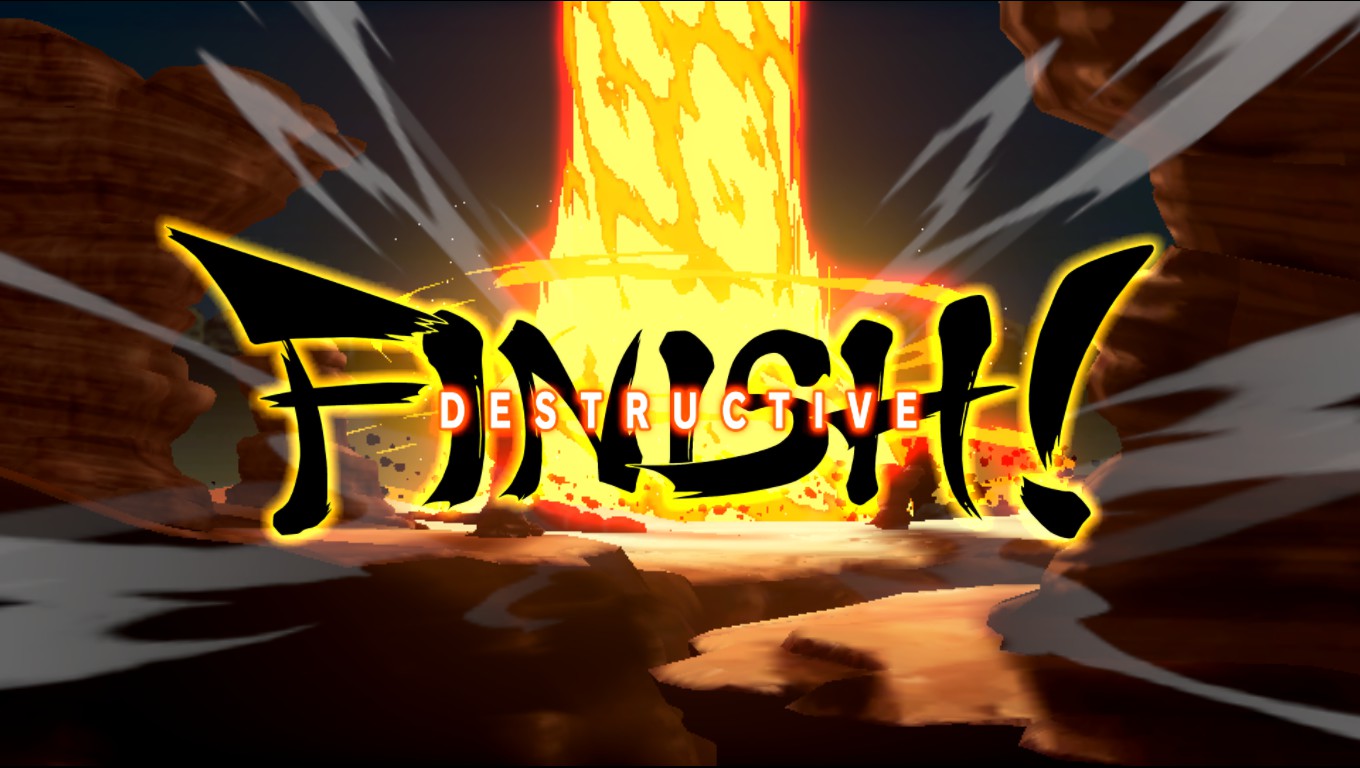 Overall, Dragon Ball FighterZ is a magnificent experience that’s worth every single penny. The fact that this game has loot boxes in the form of capsules that aren’t attached to microtransactions is a godsend in and of itself.

This game has a rather amazing gameplay mechanic that allows for casual players to feel in the game without the need of hardcore/competitive gamers to feel like their victories got robbed. This is definitely one of the best fighting games I have played in a while.

However, I can’t say that it’s free of problems, the story mode is flimsy at best and the netcode could use some work. It’s certainly annoying how there isn’t really a way to play with your friends either. However, Arcsys and NAMCO have made clear that they will be looking into a solution to these problems. This is certainly a must buy for many fans of Dragon Ball Z and fighting games. 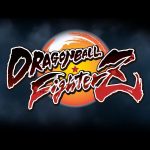