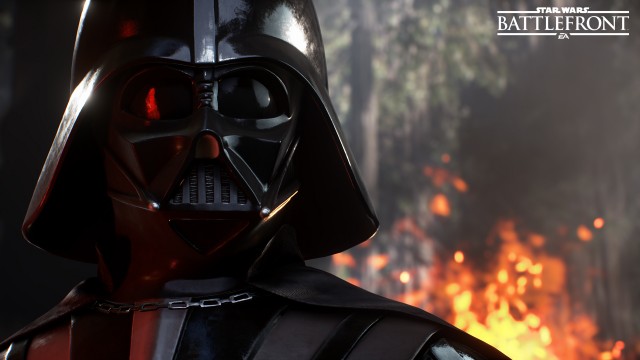 In just a few days, EA will be giving us a small taste of the upcoming sci-fi shooter Star Wars Battlefront by launching a beta testing phase that anyone can join. The beta will be available on all platforms and will feature three different modes that should give us a pretty good idea about to expect when the final version comes out next month. In order to help you prepare for the testing phase, we went ahead and rounded up some useful information just so you can have it all in one place. With that in mind, down below you will find everything you need to know about the upcoming Star Wars Battlefront beta.

The testing phase is scheduled to kick off this Thursday, October 8 and will run for a total of five days until next Monday, October 12. Unfortunately, pre-loading is only available on the PC version starting this Wednesday, however, you will need to have Origin installed so go ahead and create a free account right here if you don’t already have one. Meanwhile, PS4 and Xbox One users will be able to access the Star Wars Battlefront beta only starting with October 8 via the PSN Store and Xbox Live Marketplace, respectively. That’s a bit of a bummer but at least console players will be able to download the necessary files a bit faster because the beta on Xbox One and PS4 only weighs in at 7 GB, while on PC it sits at about 11 GB. The good news for everyone is that this will be an open beta so you don’t have to pre-order Star Wars Battlefront or anything like that.

As for the aforementioned modes, there will be three of them and each sounds more interesting than the other. On one hand, you have Walker Assault on Hoth where you get to side with either the Rebels or the Empire and engage in massive 40-player battles. Then, we have a Drop Zone on Sullust where you must control escape pods together with seven other players in 8v8 battles. Lastly, those who sign up for the Star Wars Battlefront beta will get to experience a Survival Mission on Tatooine that can be played either alone or in co-op mode with a friend via split-screen. Despite the fact that you can play the survival mission alone, EA announced that you will still need to be online to do so. Some might find this strange, but it totally makes sense when we consider that the company needs to gather as much info as possible from the beta in order to improve the final version.

It’s important to note that there will be a level cap in the Star Wars Battlefront beta and there’s even more bad news. Not only will you be capped at level 5, but your progress will not be carried to the final version either. That said, the beta does sound like fun so you should probably give it a shot anyway. To make the testing phase even more interesting, EA is launching a companion app called Base Command that can be played exclusively on Firefox, Chrome, Microsoft Edge and Internet Explorer 11 browsers. The app is not yet available, but keep an eye on the official website as you will be able to find it as soon as the beta kicks in.

Star Wars Battlefront is scheduled to launch on November 17 for PC, PS4, and Xbox One. The price will be standard 60 bucks across all platforms, however, if you’re looking for a good PC deal you may want to check over with our friends over at CDKeys as you can pre-order it from them for only $45.40.