The ISS can be seen from Earth with the naked eye, here’s how to spot it 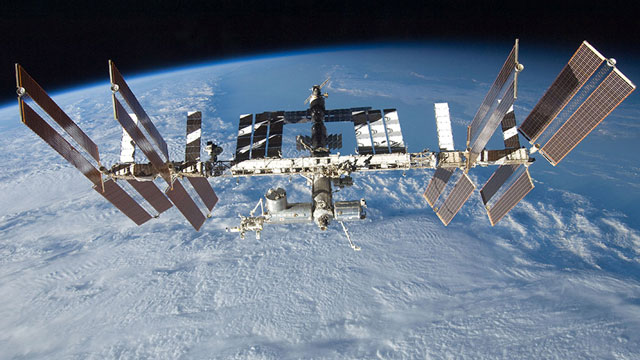 The ISS can be seen from Earth with the naked eye, here’s how to spot it

Did you know that you can see the ISS with the naked eye from most parts of the world? Well you can and it’s pretty easy to spot provided you know where to look. Despite the fact that the International Space Station is the third brightest object in the sky, you might miss it if you don’t look up at the right time, as the station moves pretty fast at 17,100 mph (27,600 km/h). Fortunately, NASA has a very handy program that tells you exactly when to look up in order to spot the ISS from your current location.

The program in question is aptly called “Spot the Station” and you can sign up for it right here. By doing so, you can choose to receive email or text message notifications that alert you whenever the ISS can be seen from you town or city. That’s right, the ISS appears so bright that you can see it even if you’re in the middle of a big city. Though you’ll have a better chance at seeing it when it’s very dark outside, a keen eye might also spot it during the early hours of the morning. You might be able to see the ISS without help from NASA as well, but it would be rather difficult given the speed that it travels at across the sky.

It’s worth mentioning that you will need a bit of spatial orientation in order to follow the instructions given to you by the space agency. Namely, NASA will tell you if the ISS is coming in from the south or the west and they will also let you how high up in the sky you need to look. The height will be given in degrees where 90 degrees means that you have to look directly above you. Not much else to say really, so go ahead and give it a try, it’s definitely a great experience.

Related ItemsISSNASAsee ISS with the naked eyeSpot the Station
Astronomy

Related ItemsISSNASAsee ISS with the naked eyeSpot the Station