Russia’s economy; two words that are generally followed by the words “is collapsing”. Western sanctions and low oil prices forced the Russian economy into recession for the previous two years, although it looks as though Russia is slowly beginning to bounce back. Given the risks of a double dip recession it is unsurprising that the Russians would be looking for new ways to bolster their economy. Putin’s meeting with the founder of Ethereum, Vitalik Buterin, seems to imply that the Russian government believes that the digital economy might be the answer to Russia’s woes.

Mr Putin meeting with the founder of Ethereum took place during the St. Petersburg international economic forum (SPEIF). A conference attended by top business leaders from across Russia and the rest of the world. The theme of the 2017 meeting was to find “a new balance in the global economy.”

Mr Buterin was at the panel in order to discuss the impact of blockchain technology. He spoke alongside First Deputy Prime Minister Igor Shuvalov and Central Bank Deputy Governor Olga Skorobogatova. Both of whom were panelists in the same session. Putin’s meeting with the founder of Ethereum took place after the Russian President met with a number of foreign business leaders. It appears that Mr Buterin and Putin discussed the possibilities of the technologies developing in Russia and the potential of establishing ties with Russian partners. Although Mr Buterin did confirm that the meeting was a brief one.

Putin’s meeting with the founder of Ethereum was not the only sign that the Russian state is taking a greater interest in the digital economy. The Russian Central Banks deputy Chairwoman, Olga Skorobogatova, confirmed that they were trialing a number of cryptocurrencies in an attempt to find the right solution for Russia. Miss Skorobogatova also confirmed the proposals to consider Bitcoin a “digital asset” and thus taxable. This marks a major shift in Russia policy and is a sign that Russia will follow Japan’s suit and legalize cryptocurrencies in one form another.

While President Putin did not outline any concrete proposals during SPEIF he did state that he believes that Russia needs to harness the digital economy. Taken in context of the announcements from the Russian central bank and Putin’s meeting with the founder of Ethereum it is safe to assume that the Russian President was alluding to utilizing the potential of blockchain technology. 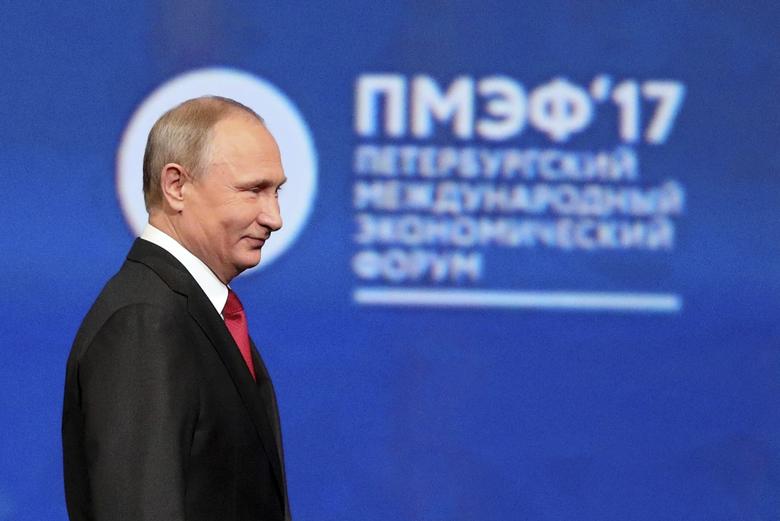 An increased focus on cryptocurrencies would not only provide a much needed boost to the Russian economy but it would have the potential to further shore up investor confidence in cryptocurrencies. A russian embrace of cryptocurrencies could help to fuel the increased value of Bitcoin and Altcoins. Putin’s meeting with Mr Buterin could also be a sign that the Russian President is eyeing up Ethereum. This could push its value up even further.

With the Russians seemingly eying up cryptocurrencies as a way to boost their economy it is likely we will now see other nations follow suit. Which could lead to Ethereum, Bitcoin, Ripple and all the rest finally stepping into the mainstream.

Zach RileyNovember 5, 2022
Read More
Scroll for more
Tap
Storyzy’s quote verifier could be the next big tool to help combat fake news
It has already grown dramatically but could Ethereum be worth more than $1,000 within the next few months?
wpDiscuz