Since trends in the smartphone industry dictate future-proof features, the Oukitel U10 takes advantage of its build and design to incorporate sought after features like a fingerprint sensor, Android 5.1 Lollipop, and 4G LTE. Biometric security is the sh*t nowadays, and since many people are looking for phones that have this type of security might be reticent to spend upwards of $500 on an unlocked HTC One M9 Plus, Galaxy S6, iPhone 6 Plus or others. Which is why phones like the Oukitel U10, MStar S700, Mlais M7 and many others have emerged on the market to positive reviews. 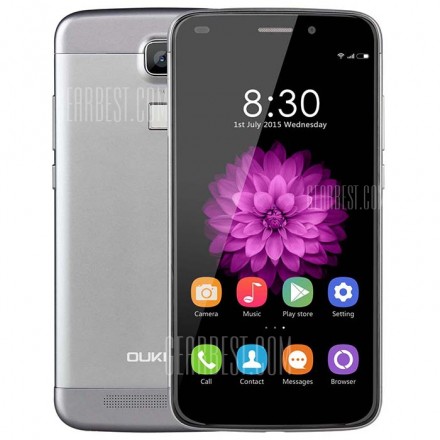 For the $160 price tag, the Oukitel U10 has a lot to offer, and there are few compromises to speak of at this point in time. Battery life will most likely be a bit of a problem with the large display and 4G, but overall, the Oukitel U10 should handle being under pressure quite nicely. It comes with a 64-bit octa core Mediatek MTK6753 processor, backed up by 3 GB RAM and 16 GB internal storage, with a microSD card slot available for extra expansion.

The Oukitel U10 is trying to be an alternative to the iPhone 6 Plus, as much as the company dubbed its fingerprint sensor Press TouchID. Luckily, the accuracy of the fingerprint sensor does rival with mainstream options like the one offered by Apple, so if biometric security is the reason why you want to upgrade your smartphone collection, the Oukitel U10 could be a great fit for you. Performance is top notch, although the phone will get hot on occasion. Nonetheless, the user experience of the device will stay pleasant for at least a year after purchase, as the phone is quite future-proof and supports updates.

The design of the Oukitel U10 is also remarkable, seeing as it is made out of metal and striving to be a premium smartphone, just like the Sony Xperia Z3 or the Apple iPhone 6 line-up. The design of the phone does resemble the Apple language, with the curved sides and the antennae lines on the back. Otherwise, the Oukitel U10 still adds a personal touch to its appearance with the color scheme of the back. It might take after the HTC One M9 silver and gold variant a bit, although it does not follow the same geometrical lines, so to speak. 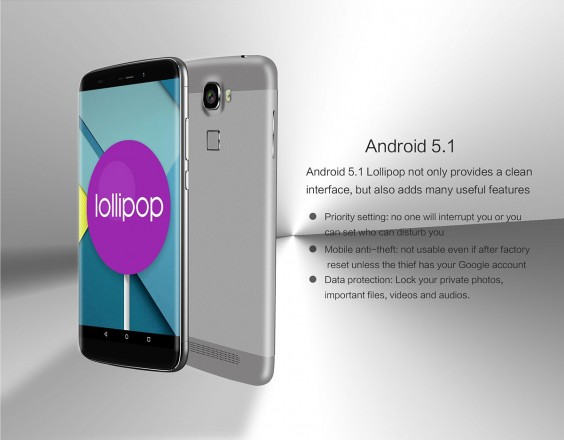 The thin body of the smartphone does leave room for a protruding camera, but since it’s a 13 MP camera with an LED flash and autofocus, with a protective coating on top the lens, I wouldn’t worry about getting it scratched. I would recommend using a case for the phone, nonetheless, but this recommendation is valid for any flagship smartphone that one would like to keep alive for more than a couple of months. The front camera of the Oukitel U10 measures 5 MP, so I would call this a decent selfie-snapper.

One of the main elements of the Oukitel U10 is its slightly curved edge to edge display that resembles that of the Galaxy S6 Edge. It’s a 5.5 inch OGS panel with a resolution of 1920*1080, which does help it rival the iPhone 6 Plus display. The battery of the Oukitel U10 is a bit small at 2850 mAh, but it should get you through the day.

The obvious compromise of the Oukitel U10 is its small battery, but otherwise the company has packed this phone full of features, making it an excellent competitor on the flagship market. With its low price point, the Oukitel U10 could become the cheap flagship killer that everybody raves about. Now we just have to find out how that battery holds up and how the phone compares to the upcoming OnePlus 2, which is due to be launched on July 27 at a VR immersion event.