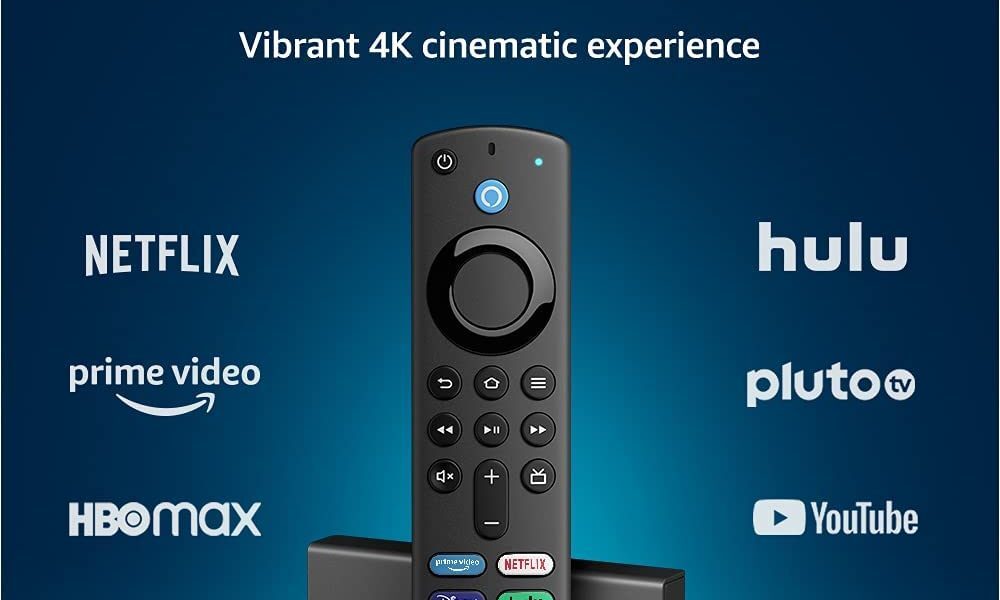 This is a short but on point review of the Fire TV Stick 4K 2022 so read it befor you buy it.

So at $50 is it worth paying almost double just to stream 4K in this review, we’re going to be going over key features, seeing who this product would actually be good for how it compares to the competition and whether it’s worth your hard earned money.

So stay tuned and let’s get into the Review.

Now, if you’re not that familiar with amazon’s fire tv sticks, they’re essentially a dongle, you plug right into your tv.

You can instantly stream almost limitless content not just from amazon but also Netflix, Apple Tv +, Disney + and plenty more streaming services via their respective apps. Although we loved the original fire tv stick, we have to say streaming with the fire tv stick, 4K and ultra high definition 4K video with dolby vision and HDR.

It really made viewing movies and tv shows that much more enjoyable especially with more and more content being available in 4K. These days of course this is all provided that your internet connection is fast enough and you have a 4K tv, you’ll enjoy stunning 4K ultra HD picture up to 60 FPs.

We found the Dolby vision and HDR 10 plus provided vivid images with exceptional clarity but again the picture also depends on your tv. We’re pretty sure once you experience the Fire tv stick 4K, you’ll never want to go back to standard or even 1080 resolution if you don’t want to be tied into the amazon ecosystem, there’s plenty of competitors on the market including the Roku streaming stick plus or the Google Chromecast ultra of course with the Cromecast Ultra you get the added benefit of Google assistant and with the Fire tv stick 4K you get Alexa.

So the choice may be influenced greatly in part by which smart home system you currently have or the one you want to have.

We found the Alexa voice activation was easy to use. It was simple to take advantage of everything Alexa offered including a hands free experience and of course you can just ask Alexa to find you 4K movies. The only thing to note is that although it’s small it’s a little fat. So depending on your T.V. Ports, some of the neighboring HDMI ports may get covered up. Otherwise the rectangular matte black plastic bar itself isn’t that exciting. But the included remote is where all the power lies. You’ll be able to control not only the fire tv stick but also any compatibletv sound bar or receiver.

It has all the controls you’d expect on a media box remote including a mic button for one touch Alexa. You’ll find the user experience is pretty simple and intuitive.

The functionality with navigating the big streaming services is quite seamless and it has access to various cable tv and networks and if you’re not in the mood or don’t have time for a movie.

You can just stream music, you get access to Amazon music, Apple music, Spotify, Pandora and I heart radio.

So what’s the verdict?

Well there’s really nothing bad to say about the fire Tv stick 4K. It costs more than the nine on 4K version.

But that’s generally the case with most streaming dangles or media boxes to be able to stream 4K content with HDR and Dolby Vision and with the added bonus of an Alexa voice remote to access over 500,000 movies and Tv shows all for $50. It’s a pretty sweet deal.

All that being said.

If you’re in the other camp with google assistant already as your smart home, then the Chromecast Ultra may be the better option.

That’s all for this Review.

Hope you guys liked it.

We review tech in a simple, straightforward manner for the average person.

So if you want tech reviews made easy, be sure to subscribe,

Hope you have a great day 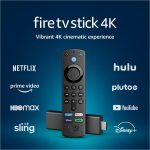 Zach RileyNovember 8, 2022
Read More
Scroll for more
Tap
As Workforce in China is at an all time low, Factories accelerated the creation of Robotics
The Pro Max model could be replaced by the iPhone 15 “Ultra”.