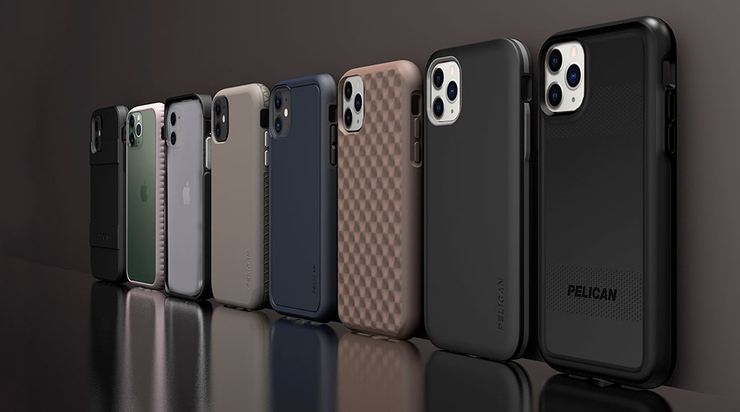 Soon after unpacking their new Apple iPhone 14, owners should consider the accessories they desire for the device. Like the iPhone 13s from the previous year, this year’s devices are sold without a charging adaptor, so you’ll likely need to have one on hand. With so many available attachments, you may take advantage of the greatest MagSafe technology if you decide to fully embrace wireless charging. The Apple AirTag, wireless headphones, and phone covers are just a few of the greatest iPhone accessories we’ve checked out and compiled here.

Although there are many better and less expensive alternatives to Apple’s first-party accessories, if you have a new iPhone, the company’s MagSafe wireless charger is something to think about. This charging pad utilizes magnets to attach to the back of the most recent iPhones, much like all other MagSafe accessories, and it’s quite sturdy. The iPhone can dangle by the charger’s wire without slipping off, and you can pick it up and use it while the disk is still attached. (You still shouldn’t do this, probably.)

The charging plate itself is just around a quarter of an inch thick, so the iPhone is hardly heavier as a result. The most recent iPhones are the only ones that the magnets adhere to, although previous models, all the way back to the iPhone 8, may still be charged wirelessly. I only wish the wire was longer than three feet so you could charge your iPhone while using it on the couch or in bed.

Spigen’s $25 ArcField magnetic wireless charger is a good substitute for Apple’s $39 MagSafe charging attachment if you want to spend a little less. (Though we’ve seen it go on sale a few times.) You shouldn’t pick up your iPhone by this cable since its magnets aren’t even close to as powerful as those on the Apple MagSafe charger, but it will charge your phone and remain in place while doing so.

At this time, you may have gathered a number of wireless charging-capable gadgets, and Mophie’s 4-in-1 charging mat makes charging them all simple. It is an 11 by 8 inch rectangle with four charging ports for various devices. While the middle two are smaller and properly sized for items like AirPods, the other two are bigger and can fit smartphones in two of them. It can really charge up to five smartphones at once because it includes an extra connector for an Apple Watch.

I used the mat every night to charge my iPhone, Apple Watch, and AirPods Pro since I found it to be a helpful charging center. It’s important to note that despite the fact that my iPhone and AirPods Pro are both housed in cases, I didn’t have to take either one off to use Mophie’s mat to charge them. The mat can accomplish a lot of tasks at once, but it might be challenging to locate a space large enough for it. Most nightstands will accommodate it, although you might need to first reorganize your belongings. A 3-in-1 charging station from Mophie includes specific slots for your iPhone, Apple Watch, and AirPods and is smaller in size.

The finest wireless earphones for those using iPhones are now widely acknowledged to be Apple AirPods. With the release of the third-generation versions, which have an enhanced design, substantially greater sound, and longer battery life, Apple upgraded its regular AirPods even more this year. We enjoy the redesigned “contoured” form of the AirPods since it is far more comfortable than the previous models. The H1 chipset also enables capabilities like hands-free Siri and quick pairing and switching. They’re worth every penny of their $179 price tag, but Beats’ new Studio Buds are a nice option if that’s a bit much for you. They cost $150 and include the same H1 processor, balanced sound, and strong bass that are hallmarks of Beats products.

While Apple’s 20W charger is perfectly enough, you may use Anker’s Nano II 45W charger for a more flexible converter. Along with mid-sized devices like iPads, it can fully charge a 2020 MacBook Air in addition to fast-charging an iPhone. It employs GaN technology to minimize overheating and is 34% smaller than conventional 45W chargers. We particularly value the fact that the adapter’s prongs can fold down to make it even smaller when you need to transport it. Anker now sells a $30 version and a $66 65W two-port variant for charging your phone and laptop simultaneously, in addition to the $40 45W model.

Users of iPhones may easily find items they might misplace thanks to Apple’s AirTags. You can use the Find My app to keep track of your keys, bag, or wallet by simply attaching one of the small Bluetooth trackers to each item. If you are certain that your belongings are nearby, you can command the AirTag to play a melody to direct you there. Additionally, you may activate Lost Mode to get automated notifications when the Find My network finds an item if you genuinely have no idea where it is. Only iPhones can utilize AirTags, although iPhone owners also have access to other Bluetooth tracker choices, such as Tile. However, Apple products provide a degree of simplicity comparable to AirPods: your iPhone will instantly detect any new Apple AirTags nearby and link with them, and managing numerous AirTags in the Find My app is quite straightforward.

Remember the charming Amazon Echo Spot, a smart display in the shape of an orb that was subsequently replaced by the Echo Show 5? The new magnetic charging station from Anker is quite similar to that one, except it lacks the little display and has considerably more connectivity choices. On the top of the eight-in-one gadget is a magnetic charging pad, and on the rear are several connectors, including three AC outlets, two USB-C connections, and two USB-A ports. The charging pad’s magnets are incredibly powerful and can support an iPhone 14 Pro Max, giving the impression that it is floating in midair. Even though your iPhone is protected by a MagSafe cover, you can still use it.