Ulefone Be Touch 2 – the Chinese take on iPhone 6 Plus

Ulefone Be Touch 2 – the Chinese take on iPhone 6 Plus

Update: The previous flash sale is over, but GearBest will have a new sale for 10,000 units next week. The sale starts on Tuesday, July 14th and just like before the price will be cut from $230 all the way down to $180 so make sure you don’t miss out on this great deal. You can find additional information on the latest Ulefone Be Touch 2 sale either here or here.

Ulefone became rather famous for its big battery smartphones which come with very good battery lives, but that’s not all the company has to offer. They have just launched the Ulefone Be Touch 2, one of their most impressive flagships to date. Not only is this phone dirt-cheap and with excellent bang for buck, but it’s premium, and we don’t say that lightly. The Ulefone Be Touch 2 comes with a full metal unibody and Corning Gorilla Glass 3 on the front, not to mention the edge to edge display that jumps right at you on a first glance.

Once you learn the price of the flagship, you will most likely be wondering where the trade-off happened. So far, we’ve only identified one thing that could have been better but would have brought the price up: the display. The Ulefone Be Touch 2 display is a 5.5 inch FHD display with a 1080*1920 resolution. Although that’s in no way bad, a QHD display would have made this phone the must-have gadget of the year. Nonetheless, the company says that the viewing angles and outdoor visibility of the display are exemplary and will be able to rival with current models, like the targeted iPhone 6 Plus. 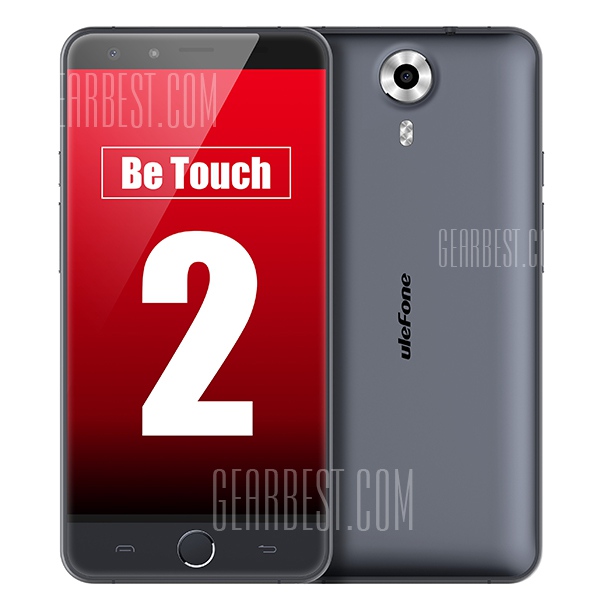 The Ulefone Be Touch 2 campaign revolves around competing with the iPhone 6 Plus, and once we take a good look at this phone, it actually has a good shot at being fierce competition. It comes with a high-precision fingerprint sensor on the front, replacing the home button between the capacitative buttons on the bottom bezel. According to the company, the Ulefone Be Touch 2 fingerprint sensor is high-accuracy and fast-response and it will make the secure user experience a breeze.

Specs are very impressive when it comes to the Ulefone Be Touch 2, although probably not as impressive as current flagships like the LG G4 and Samsung Galaxy S6. The device is outfitted with an octa core MediaTek CPU, 3 GB RAM and 16 GB internal storage, with an added microSD card slot if you’re in need of more. The device also comes with a 3050 mAh battery that supports fast charging and has extra power saving modes.

Surprisingly, the Ulefone Be Touch 2 camera is promising enough: a 13 MP Sony IMX 214 sensor on the rear complete with flashlight and tracking autofocus, while the front camera is a 5 MP selfie camera. The device comes with Dual SIM slots and 4G LTE, so there’s connectivity to go around for every type of user out there. Overall, the Ulefone Be Touch 2 seems like a sensible flagship, but what about the price? 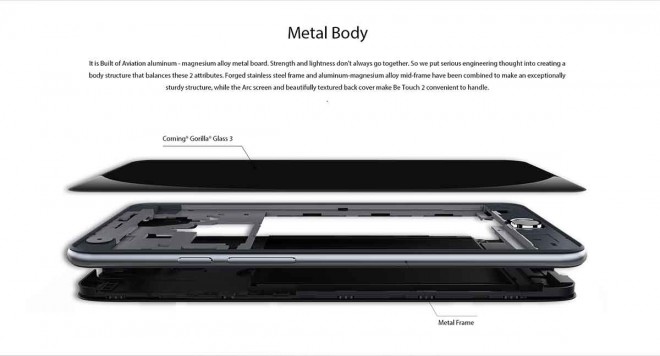 The Ulefone Be Touch 2 price is set at $230 on GearBest on presale, but for that price, you also get an extra TPU case and a screen protector for free. You can make that purchase at any time of the day and week until July 3, and I mention that because there’s a promotion going on on GearBest that involves the Ulefone Be Touch 2 flash sale. Every day, starting from 5 pm GMT +8, those interested can buy the Ulefone Be Touch 2 for only $180. There are no gifts involved in the flash sale, and there are only ten units available each day, with a limited number available for the promotion. It’s up to you: pay more, buy whenever and get two gifts, or pay less but comply to the timeframe! Any takers?