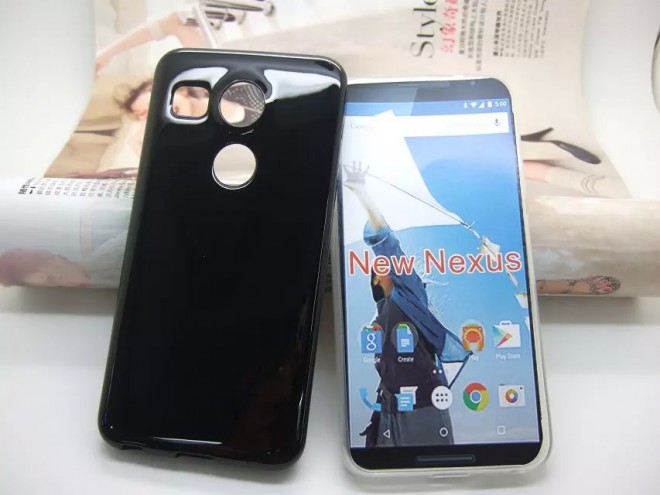 Everybody seems to be talking about the Nexus 5 2015, which is rather odd, as it doesn’t even exist. Google has not said a word about the next Nexus, but they did confirm that LG and Huawei will both be working on the new Nexus line-up of devices. And that’s all we know for sure. Nonetheless, people are raving on about the Nexus 5 2015, and with good reason. There have been plenty of leaks, describing pricing, design, specs and availability, but sadly, none of these can be considered official information, so keep that in mind while reading this Nexus 5 2015 leak round-up. As one would say: take it with a grain of salt.

Nonetheless, there’s a problem that needs a bit of dissection on our part. The Nexus 5 2015 is not coming alone. While the Nexus 5 will be made by LG, according to most recent leaked information, there will be another device, made by Huawei. Whether it’s a tablet or a smartphone is still a mystery, but most keep saying that we shouldn’t expect a tablet from Google this year. I would disagree on that, even though a Huawei smartphone might be the more interesting option in the end. If Huawei and Google team up for a Nexus tablet, we should expect innovation.

Apple is their main competitor with its iPad Mini and iPad Air line-ups, followed by Samsung with their extensive Galaxy tablet line-up, and then smaller players like Lenovo, Microsoft and Asus. To disrupt the tablet scene, one needs innovation, and combining the funding and resources of Google with those of Huawei can easily result in that. As such, I would definitely expect a Huawei Nexus tablet to be launched. But I could be wrong and we could see the Huawei Nexus 6, a kind of knock-off of the rumored Huawei Mate 8.  Both Nexus devices should be launched at IFA Berlin, so doubts regarding release dates are not that important at this time.

When it comes to pricing, people are split in opinions. While some say price doesn’t matter when it comes to the Nexus 5 2015, others feel like Google was mistaken when it priced the Nexus 6 close to flagships like the Galaxy S5 and Galaxy Note 4 from Samsung. One of the main reasons for which the original LG Nexus 5 became popular in 2013 was its affordability and bang for buck. Aside from the camera, the original Nexus 5 was a hit and people loved it.

Stock Android, excellent performance, decent battery life and timely updates are still sought after by Android users after the LG Nexus 5 demonstrated that it was possible. Affordability played a key role, and Google might have lost some of its pull with smartphone enthusiasts by pricing the Nexus 6 higher than expected. This year will be different and Google is going back to basics. Or that’s what our sources tell us at least.

According to company insiders who claim their involvement in the development process of the Nexus 5 2015 and the Huawei Nexus device, we should expect the Nexus 5 2015 price to be below $500. We’ve discussed this matter with you guys previously, and 90 % of Geek Reply readers seemed to be delighted with that news. Our theory essentially suggests that the Nexus 5 2015 price will be below $500 because the higher-end model will be a new Nexus, the one from Huawei. While that contradicts the tablet scenario, it does make sense.

If Google wants to gather even more fans, it has to cater to more people. It has to cater to those who want affordable power, and to those who want a premium smartphone. With a dual Nexus launch, that would be possible. While the base Nexus 5 2015 would be priced at around $450, the high-end model from Huawei would be priced somewhere around $650 unlocked. If you consider the dual aspect of the launch, these prices seem quite reasonable.

Because Huawei’s implications in the Nexus project are still unclear, and most Nexus 5 2015 leaks concern the LG-made device that has been in the media recently, there’s little to be speculated about the high-end device or the tablet. Which is why, our attention is focused on the LG Nexus 5 2015 and its features. Keeping in mind that this is supposed to be an affordable, stock Android device, inspiration can be taken from the OnePlus 2. The OnePlus 2 will be one of the biggest competitors of the new Nexus 5 2015, in price, specs and features at the same time, so Google needs to match (at least) what OnePlus did with their second flagship killer.

The $450 Nexus 5 2015 price is reasonably close to the OnePlus 2 price (which is $330 for the 16 GB model and $390 for the 64 GB model), but it does have to add a bit to make the device appealing to the masses. A leaked rear panel or case which is supposedly the one from a prototype Nexus 5 2015 shows dual cameras (or a camera and a fingerprint sensor, all is possible), which already raises a few eyebrows in wonder. The leaked image comes from Nowhereelse.fr, a community that has provided hundreds of (mostly correct) hardware and design leaks for various Android and iOS devices, so we’re confident that the rear panel has a real shot at being the real deal. 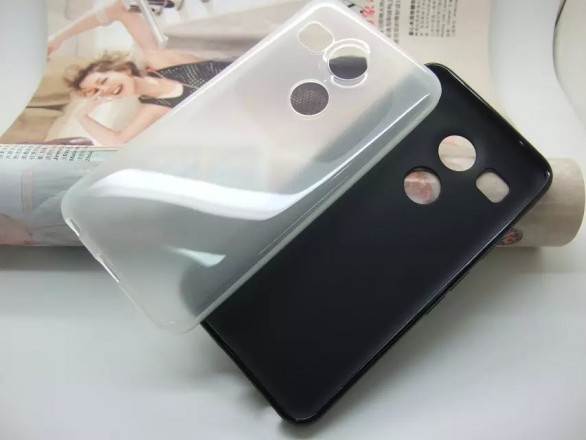 The leaked Nexus 5 2015 rear panel looks a bit awkward, with three big holes in the back. The front is not that spectacular, reminding most people of the Nexus 6 design. Still, the design in its entirety its unique and intriguing, and it makes people wonder what on Earth will be featured in this phone. Our best guess would be that on the top, the round opening is for the camera, which will feature a 16 MP sensor with autofocus, while the rectangular opening next to it will host a dual-tine LED flash and laser autofocus (seen on the OnePlus 2, LG G3 and LG G4). The round opening on the bottom will either be a fingerprint sensor or a depth of field sensor. I think the fingerprint sensor would be more plausible, seeing as many people like the placement on other devices like the Mstar S700 or the Mlais M4 Note.

The front camera is said to feature its own LED light, and measure 8 MP, which sounds pretty standard for a 2015 flagship device that wants to be the forerunner of innovation in the smartphone industry. The Nexus 5 2015 will have a strong camera game, according to our sources, trying to mend the frustration that accumulated from the Nexus 5 and Nexus 6. Combining a good camera with a good price is not going to be enough to sell the Nexus 5 2015 for $450, so we’re expecting excellent performance as well. 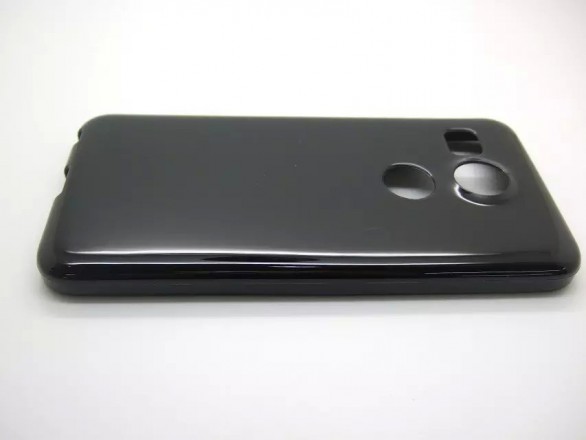 According to our sources, the Nexus 5 2015 specs will include a Snapdragon 810, 4 GB RAM and up to 128 GB internal storage. The presence of a microSd card slot or a removable battery is mostly out of the question. You guys expressed your preference for these features repeatedly, and while the folks at Geek Reply are on the same page in this situation (most of us, anyway), fact of the matter is, microSD slots and removable batteries have more downs than ups, especially from a manufacturing standpoint. Getting into why smartphone manufacturers WANT your batteries to give up in a couple of years would be too lengthy for this article. All I can say is that while the microSD card slot and removable batteries are unlikely appearances on the Nexus 5 2015, there’s still a chance to see them if the Huawei device will be a smartphone that caters to fans of the premium genre. If the Nexus 5 2015 will be the device made for Android enthusiasts who love tweaking their phones and keeping them for years on end, we do have a shot at getting what we want, or at least half of it.

The battery life of the original 2013 Nexus 5 was not disappointing, but it wasn’t remarkable either. With the new Nexus 5 2015, Google and LG are supposedly working on a new technology that will not only let you fast charge your battery wirelessly, but will also keep that charge for triple the standard amount that we have today. Most statistics and surveys say that the average battery life of smartphones in general is around a day with moderate use, which is very short. Google wants to innovate in that department, which is why the Nexus 5 2015 will end up being a bit bulky, but it will also boast with a three-day battery life on moderate use, which would be remarkable indeed. This is just a rumor that we’ve heard from developers, so take it with a grain of salt. It would be nice to have a Nexus 5 2015 that will actually hold out during your free weekend biking.

That’s all that we could muster up from the leaked information and photos that we’ve come across in the past few weeks. These are the most recent rumors about the Nexus 5 2015, but we do hope to get our hands on more information about what Huawei is preparing for IFA Berlin this year. I’m a fan of Huawei products, so I’m definitely interested in the outcome of this partnership. Whether these predictions are true or not we’ll find out when Google, LG or Huawei decide to spill some beans about their plans for 2015, so stay tuned.