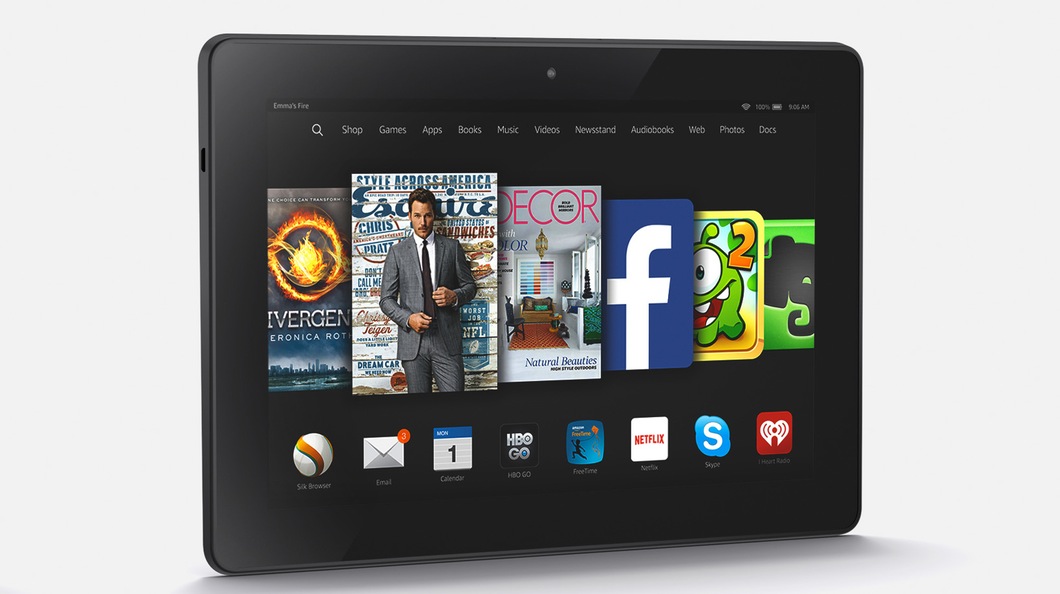 Amazon launched one of the most affordable tablets today, a 7-inch Fire tablet that costs only $50 a pop. At the same time, the retail giant also introduced a new set of the Fire Stick and Fire TV, but that’s not all the company is doing hardware-wise right now. Aside from supposedly working on the Fire Phone 2, Amazon is also working on another tablet, a 10-inch Kindle Fire tablet, which has been leaked online today.

Enthusiasm about the super affordable Amazon Fire tablet of today is pretty great, as people see the new device as a worthy investment with a balanced feature-set. While the $50 tablet from Amazon is geared at those on a tighter budget, the 10-inch Amazon Fire should target a different consumer set: those who don’t want a Surface, but don’t want an iPad either – the middle ground.

The rumored 10-inch Amazon Fire tablet was leaked online today in a set of benchmark results and photos, and it’s a pretty mysterious device. Although specs of the 10-inch Kindle Fire aren’t impressive, as the tablet is a mid-ranger more than anything else, there are certain elements in the leaked spec sheet that might spell a different future for the new, larger tablet. 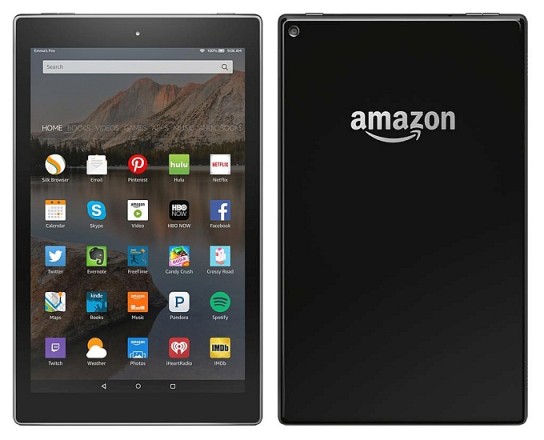 Another, larger Kindle Fire tablet is on its way

According to GFXBench benchmark results, the 10-inch Kindle Fire slate will feature a large 10-inch screen with a low resolution of 1280*800, a MediaTek processor, 1 GB RAM, 16 GB internal storage and what looks like near-stock Android 5.1 Lollipop. Naturally, Fire OS will be an integral part of the new Kindle Fire, but not as we knew it from the Fire Phone, fortunately.

Apparently, Amazon has been listening to feedback and decided that it would implement at least part of the requested features. The revamped Fire OS which will be part of the 10-inch Kindle Fire won’t be as cumbersome as before and the UI will be closer to stock. We’re not sure if Google services will be integrated, but that’s what our sources are telling us. Amazon’s tweaked version of Android can’t run Google services right now, but on the advent of the new tablet, it might.

The 10-inch Kindle Fire release date is unconfirmed at the moment of writing, but the air is thick with anticipation and we might see Amazon launching the larger variant of the 7-inch Fire tablet in a matter of weeks. If the 7-inch version costs only $50, the 10-inch Kindle Fire should be just as affordable. Although availability and pricing of the device have not been confirmed, the Kindle Fire price should not go over the $130 mark with these specs, which is quite affordable still. We’ll be back with more info once the tablet is confirmed.

Amazon Fire Tablet announced, 7-inch and only $50, or $250 for a six-pack
Zopo Speed 7 review – Possibly a bit too pricey for what it offers