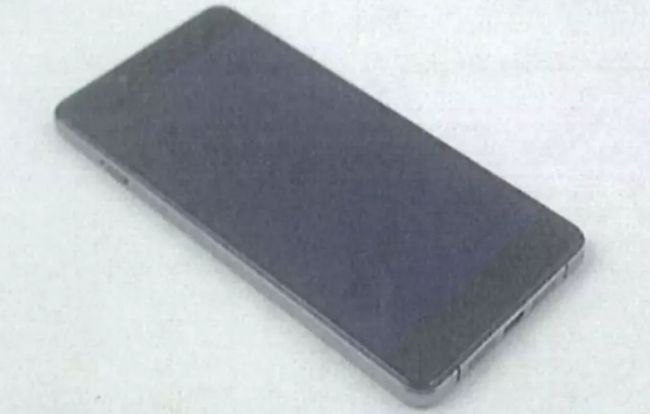 Chinese startup OnePlus is gearing up to launch their second phone of the year, the OnePlus X, formerly known as the Mini. Carl Pei, co-founder of the company, had told us about the second smartphone of the year from the company last Summer, but only now do we get to see what the handset will truly look like. In a leaked image obtained from the social media site Weibo by GizmoChina, we see what looks like the first real OnePlus X smartphone, and it looks rather familiar. That’s not unusual since there’s only so much you can do with a rectangular block of materials to design it. This time, however, the similarity is unusual a bit because it reminds of the new Xperia Z5 line-up from Sony. The OnePlus X looks like a symmetrical, streamlined and sleek device that might even look better than the OnePlus 2.

Speaking of, the OnePlus 2 isn’t doing so well on the market, despite all the hype and open sales that went on this month. In the hopes of getting more popularity for the company on the international market as well as local markets like India, the OnePlus X comes in as the first mid-range phone the company is offering. We’ve seen a couple of leaked images before, but this one looks like the real deal and similarities aside, the OnePlus X looks rather appealing for a mid-ranger.

First off, the OnePlus X design looks like the Xperia Z5, with a glass finish on the rear and a glossy plastic chassis all around the phone. The corners of the phone are only slightly rounded, giving the handset an industrial feeling. The bottom of the device is more similar to what we’ve seen on the iPhone 6 and iPhone 6S however, with speaker grills along the bottom, on each side of the microUSB port. The design doesn’t feel like OnePlus, but it does seem appealing judging by the photos. Take them with a grain of salt nonetheless, until the company officially unveils the OnePlus X. 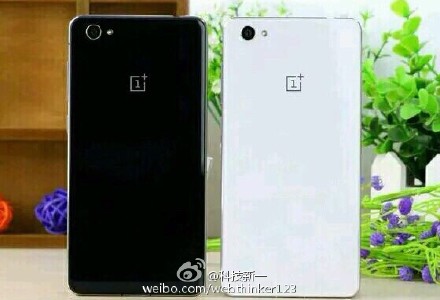 The OnePlus X release date is set for a week from now, on October 27. There have been rumors about the OnePlus X being an India- or Asia-exclusive device, but hopefully, the company will open up sales or the invite system to cater to international customers as well. The OnePlus X price is set to be around $250 unlocked, which is surprisingly low considering that the handset is essentially the OnePlus One, with a different design and added features.

The company will leave its mark on the handset’s software in the form of OxygenOS, the company’s own ROM, designed with help from the Paranoid Android team. Rumors suggest that OxygenOS will be revamped and will be installed on top of the latest Android software, namely Android 6.0 Marshmallow. While the rumor is plausible, since Google released AOSP builds of the new software to the public and manufacturers, we’re not sure if the company had enough time to tweak OxygenOS to work seamlessly with the new OS. Most likely, the OnePlus X launch will still see Android 5.1 Lollipop with a subsequent update in a few weeks to Android 6.0 Marshmallow.

Under the hood, the OnePlus X features a modified Snapdragon 801 SoC, backed by 3 GB RAM and supposedly 16 GB internal storage. A microSd card slot will also be included in the build of the handset, most likely on the side of the phone, seeing as the 2.5D glass on the back will most likely be non-removable. The display of the phone will measure 5.5-inches and will feature FHD resolution of 1080*1920, just like the original OnePlus One. A 13 MP Sony sensor with phase detection autofocus and LED flash should be on the rear of the phone, while the front will most likely include a 5 MP wide-angle camera with its own flash.

Like the OnePlus 2, the OnePlus X will also feature biometric security in the form of a fingerprint sensor embedded in the home button on the front of the phone. This is one of the reasons for which we believe Android 6.0 Marshmallow to be aboard the handset when it is launched, seeing as the OS includes native support for fingerprint security. Seeing as the device is unannounced, these specs might still end up being different. With only a week left until the official OnePlus X launch event, I’m sure our excitement can be contained somehow.

HTC One A9 Aero rumor round-up
Is Apple finally making an iPad stand or is it something else?