Dota 2 Update 6.85 is here along with changes to heroes, items, and gameplay 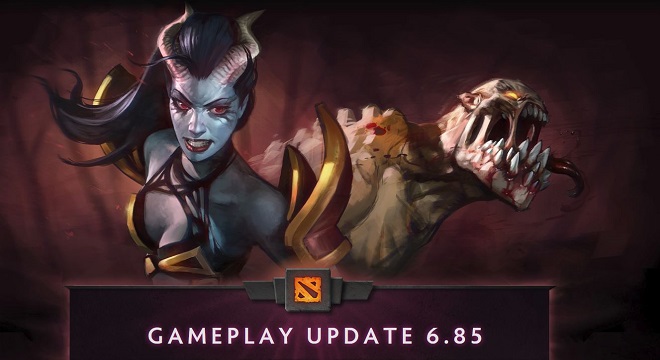 Dota 2 Update 6.85 is here along with changes to heroes, items, and gameplay

The latest gameplay update for Dota 2 has arrived and it goes by the name of 6.85. The patch brings with it a number of changes to the gameplay, heroes, items and more. We’re going to talk a bit about all of those, starting with general gameplay. Though there aren’t that many changes here, Dota 2 players will need to adapt a bit as a result of update 6.85. First off, Valve has nerfed Purge a bit as now it no longer deals bonus damage to summed units. Also, Siege Creeps were modified to have 80% magic resistance and some of the neutral creeps have received new abilities, including Ancient Thunderhide and Ancient Black Drake. At the same time, all creeps in the Ancient Dragon Camp now have 2 less armor to protect them.

Gameplay Update 6.85 also brings a couple of changes to the game’s home page in order to include some new features. Most notably, Valve finally added Neighborhood Channels to Dota 2, which will allow you to join any chat channels in your area, with the closest ones to you being listed first. Also, the home page now features two new panels, one showing your most recent game (complete with statistics), while the other shows the most spectated match being played at any given time. 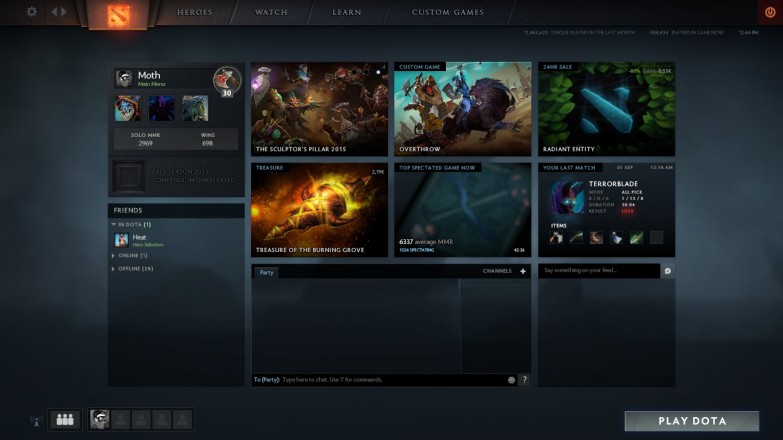 If you were hoping for hero balance changes and fixes, you’re in luck because about two-thirds of them have received some change or another. While some heroes like Bristleback, Crystal Maiden or Shadow Demon are only seeing minor tweaks, others like Batrider, Nature’s Prophet, Techies, Undying, or Terroblade have received a number of changes and not all of them are for the best. A few interesting changes include Aghanim’s Scepter upgrade for Batrider, attack modifier change for Impetus (Enchantress), small Black Hole radius increase for Enigma, multiple nerfs to Leshrac, multiple buffs to Necrophos, Specter’s Desolate now works on non-hero units, huge number of changes for Techies, Terrorblade removed from Captain’s Mode, and more! For the complete list of hero changes brought by update 6.85 make sure to check the lengthy patch notes listed on the official Dota 2 blog.

Finally, let’s take a quick look at some of the item changes, of which there are quite a few as well. Interestingly enough, the Aegis of the Immortal was given an effect similar to Wraith King’s Reincarnation. Namely, the item now grants temporary vision around the hero who is reincarnating as a result of its main effect. Also, Bottle health regeneration has been reduced from 135 to 110, the cooldown for the Dust of Appearance has been halved, Moon Shard no longer requires a recipe, Heart of Tarrasque provides more health regeneration, and the Diffusal Blade apparently has a cooldown of 0 now. These are only a few of the changes. however, so you may want to visit the Dota 2 blog if you want to see what else update 6.85 brings to the table.