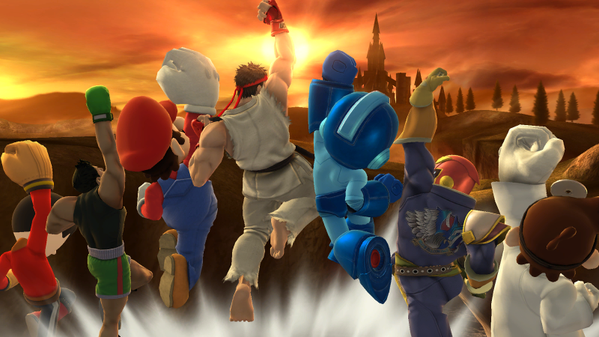 Just like regular characters, all Super Smash Bros for Wii U and 3DS DLC characters will receive their own amiibo figure. The Mewtwo figure has been released a few weeks ago in all regions and the Lucas one is going to be made available soon in both North America and Europe but we still don’t know precisely when the Ryu and Roy amiibo figures will launch in all regions. Something new on the Ryu amiibo figure release date has emerged online today thanks to a retailer’s listing.

Earlier today retailer Media Markt has started listing on its Swedish website the Ryu amiibo figure with a February 29th release date. The release date has yet to be confirmed but it doesn’t seem all that unlikely since Street Fighter V, the latest entry of the series starring the character, will also be released before the end of February. As this release date has yet to be confirmed officially, we must take this all with a grain of salt until Nintendo says something on the matter.

More amiibo figures will be released in Japan next week. Starting from December 17th, Japanese collectors will be able to purchase the Lucas amiibo figure as well as the Gold Mario figure which has been released earlier this year in North America. As the Gold Mario amiibo has become very hard to find in the region, importing the Japanese release is probably the best way to complete the amiibo collection without having to spend too much. The Lucas figure will be released on December 17th in Japan and on January 22nd in North America.

The Ryu amiibo figure will be released on a yet to be confirmed release date in all regions. We will keep you updated on the matter as soon as more comes in on it so stay tuned for all the latest news on all upcoming amiibo figures.