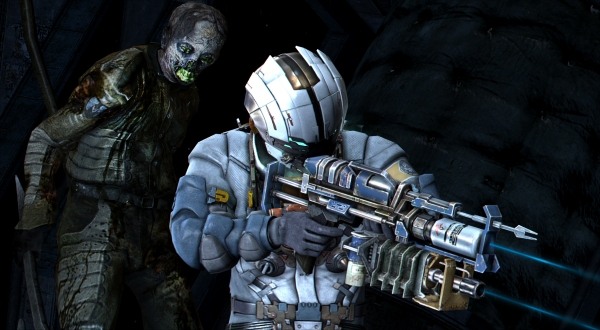 Today has been a very disappointing day for fans of various franchises and companies. But the crowning anti-achievement of today is the fact that Electronic Arts has killed another studio. This time, it’s the widely-beloved Visceral Games.

Visceral has been known for producing games such as Battlefield: Hardline and the Dead Space series. This has been predicted by a lot of people who work in the industry like Jim Sterling and myself as far as two years ago.

The developers at Visceral always did everything they could to please the fans of their series. This couldn’t have been shown any better than in Dead Space, where the games had an incredible action-horror mixture. It went to a point where even the rail shooter Dead Space: Extraction was a critical acclaimed title despite the major chance of it being a cash-grab.

And it all came to an end once EA showed their vampiric expertise and started sucking the bloody life out of the studio. Starting with shelling the fucking micro transactions into Dead Space 3 and then making Visceral the people to blame for the backlash.

In the statement EA provided to Kotaku, the di-sorry, publisher talks about the future for Visceral and its employees. “Our Visceral studio has been developing an action-adventure title set in the Star Wars universe,” EA’s Patrick Söderlund said in a blog post. “In its current form, it was shaping up to be a story-based, linear adventure game. (The sort of game Visceral was known for.)”

But like always, the focus test groups had to step in and ruin everything. “Throughout the development process, we have been testing the game concept with players, and closely tracking fundamental shifts in the marketplace. It has become clear that to deliver an experience that players will want to come back to and enjoy for a long time to come, we needed to pivot the design.” In other words, they just wanted a game to shove the microtransactions into.

If I’m sounding like a tamer version of Jim Sterling it’s because I think the same as he does. In fact, I am actually fuming at the moment because EA has killed off one of my favorite game developers. All to favor the motherfucking microtransactions, like it’s always been with this abused Games as a Service model.

So yeah, fuck journalistic integrity. Electronic Arts, you are a bunch of bastards. If any company cares for the future of their developers, DO NOT sign a contract with EA. Or you will join the list of studios it has swallowed and eaten alive.

It should be made clear that this opinion does not reflect that of GeekReply’s just mine.

The Mexican Runner Clears Cuphead in 26 Minutes.
A Retrospective Look at Visceral Games