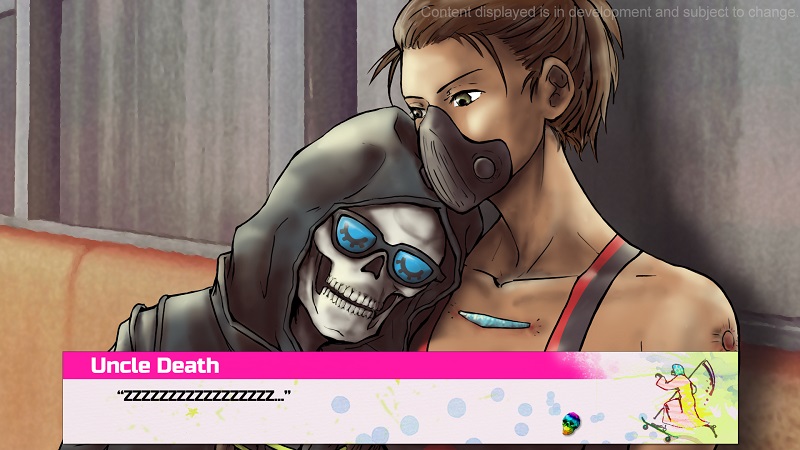 GungHo Online Entertainment America is kicking off the April Fool’s Day 2018 season by “announcing” a spin-off to Let It Die. The company has “announced” Let It Date, which is described as a dating simulator. It sounds crazy, and that’s because it’s something that doesn’t exist.

However, GungHo Online Entertainment America did provide an overview for this project:

“Let It Date players can enjoy the underworld of Let It Die in a new sensual and casual way where they get to know their favorite characters on a deeper, romantic level – like Uncle Death. Let It Date invites a new audience to experience the witty and charming dialogue in the Tower of Barbs, who may not be a fan of the hardcore action genre.”

For those unfamiliar with Let It Die, the following is an overview:

Players fight through a treacherous tower obtaining various types of weapons and armor while finding creatures and mushrooms to eat in order to stay alive. Upon death, a player’s “death data” is then circulated among other player’s games where they will appear as formidable opponents. The sharing of “death data” is one of the various asynchronous multiplayer elements that can be found in the game. More details to come at a later date.”

Of course, the dead giveaway that this is phony is that they promise that more information will be coming on Sunday, April 1st. Then again, with Let It Die being such a bizarre game in its own right, a spin-off dating simulator isn’t as crazy as it would be for most games.