New Rewards Added Ahead of World of Warcraft PVP Season 4 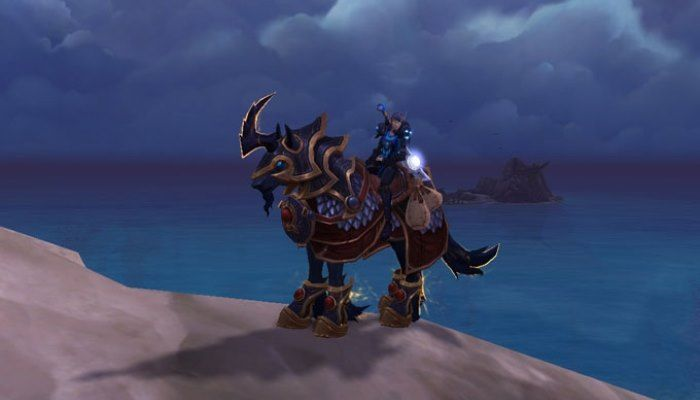 New Rewards Added Ahead of World of Warcraft PVP Season 4

Many hardcore PVPers have felt that the World of Warcraft PVP scene has been neglected the past few expansion packs. With minimal updates and the brunt of Blizzard’s attention seemingly focused on PVE content, it’s not surprising that they’d feel that way. While it’s true that the majority of players focus almost exclusively on PVE content, it looks like the rewards for World of Warcraft PVP season 4 are honestly pretty cool.

Patch 7.2.5 will likely herald the start of PVP season 4, but that’s not yet confirmed. Still, we have some shiny stuff to look forward to. There will be items added for Prestige levels 15-18, a new artifact color, a new mount, and the title “Unstoppable Force”.

I don’t really participate very much in the World of Warcraft PVP scene, but I’ll probably be working on advancing my character to get access to the cool mount and that great title. Something about “Unstoppable Force” really appeals to me and it’s applicable in PVE content too.

The new items and title will unlock sequentially as follows:

As exciting as these new additions are, the issue of Blizzard’s neglect for World of Warcraft PVP remains. As mentioned above, I don’t really participate in the content myself, but I and many other players feel for our competitive brethren. A new battleground or two, while difficult to balance, would go a long way in assuring Blizzard’s loyal customers that they’re committed to improving the PVP experience and that they value this other side of the game instead of just the dungeons and raids.

Are you guys excited about these new additions? What would Blizzard have to do to fix the ailing PVP scene? I’m pretty sure that these new rewards will only be a Bandaid appeasement rather than something to keep players engaged. I’ll be interested to see what Blizzard has up their sleeves in subsequent updates to keep this important part of World of Warcraft alive and well.

Matt DavisDecember 5, 2019
Read More
Gamers: How Do We Go About Defining Them?
New Luxurious Overwatch Art Books Leaked On Amazon