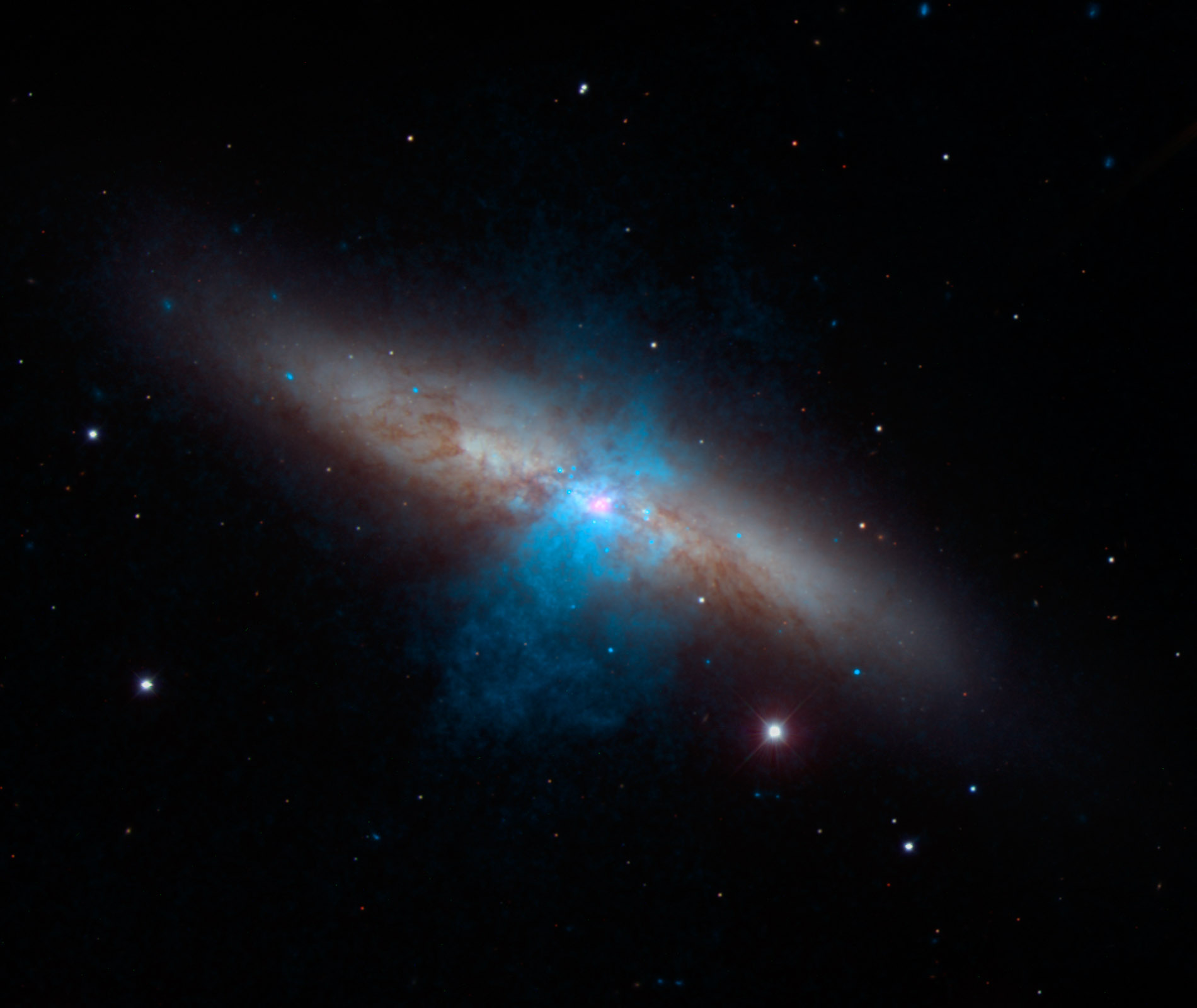 The good folks over at NASA have made a very important discovery recently. Using the highly advanced NuSTAR X-ray telescope, the Space Agency’s astronomers have managed to spot a very usual dead star located about 12-million light years away in the Messier 82 galaxy. The star isn’t usual because it’s dead or because NASA was able to spot it even though it’s so far away, but because it emanates energy equal to about 10 million suns. This is the brightest pulsar ever observed and is being affectionately nicknamed “Mighty Mouse”. “You might think of this pulsar as the ‘Mighty Mouse’ of stellar remnants,” said Fiona Harrison, the NuSTAR principal investigator at the California Institute of Technology in Pasadena, California. “It has all the power of a black hole, but with much less mass.”

“Mighty Mouse” falls under the category of ultraluminous X-ray sources, also known as ULXs. Interestingly enough, until now it was believed that all ULXs are black holes in the process of feasting on nearby stars. NASA says that the recently discovered pulsar is the first example of an ULX that’s not a black hole, although at first glance it sure seemed to behave like one. “The pulsar appears to be eating the equivalent of a black hole diet,” added Harrison. “This result will help us understand how black holes gorge and grow so quickly, which is an important event in the formation of galaxies and structures in the universe.”

Astronomers are still baffled in regards to this dead star as it got even more usual the more it was studied. According to NASA, the pulsar has roughly the same mass as our sun, but it’s only about the size of Pasadena. Generally speaking, an object of this mass and size shouldn’t radiate energy equal to 10 million suns, and yet it does. Astronomers are not entirely certain as to why that is, but say that it could be due to a phenomenon that can already be seen in black holes. NASA speculates that the gravity of the neutron star pulls in matter from nearby stars, which heats up and glows with X-rays as it’s being dragged inside. However, what’s most unusual is that “Mighty Mouse” is feeding off of the surrounding matter at a rate never before seen.