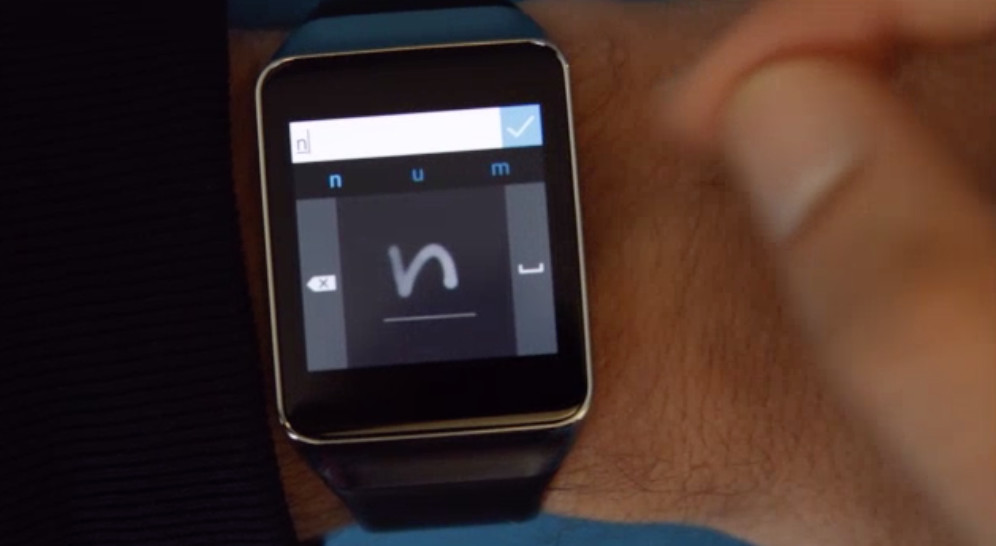 Earlier today, Microsoft announced and launched a prototype “analog” keyboard for devices running on the Android Wear operating system. However, the word might be a bit misleading as this is not a keyboard in the tradition sense. What it allows you to do is basically draw letters on the display instead of tapping them like you would do on a smartphone. Android Wear devices do have a very small screen which wouldn’t be suitable for a regular keyboard, so Microsoft’s solution is quite ingenious. The keyboard even allows you do draw a variety of special characters and numbers in addition to letters.

On the other hand, smartwatches and other Android Wear devices are usually paired with gadgets on which you can type such as smartphones. It’s very likely that not everyone will find this particularly useful, but it’s always good to have more options if you ask me. Interestingly enough, Google itself hasn’t launched a keyboard app for the Android Wear operating system and the most efficient way of interacting with the devices running the OS remains voice input. Still, some might find Microsoft’s solution to be more practical in certain situations. There are moments when you just don’t want to be seen talking to your watch in public and now you don’t have to anymore.

Microsoft warns that the keyboard is still a prototype, so presumably the company is working on improving it. The keyboard is currently compatible only with the Moto 360 and Android Wear devices that feature square screens with 320 x 320 resolutions.