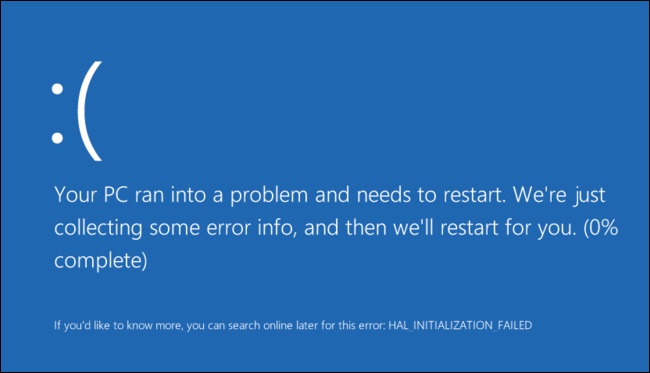 I’ve been using Windows all my life. Since my very first PC back in the 90s, I have been hooked on Microsoft’s operating system – but  not much else. Windows has always been my sanctuary because I grew up with it and used all the mainstream home OS versions to date. Windows 95 was the main OS we used at school, but XP was for the longest time, my best friend. I remember that Windows XP, present for part of my childhood and teen years, was the bomb. I never ever had to fiddle with it, not even after doing my usual meddling of the day – primarily tweaking stuff with apps, playing in BIOS and innocent things like that. I did try Ubuntu and Linux at different points in my life, and while both impressed me with their performance, the user interface was not my cup of tea. I had already become rooted in the Windows world. Those were the days! Now, I’m using Windows 10, and it seems like I have to put twice the effort into making things work properly.

Windows 10 is better than Windows 8.1, but Windows 7 would still be my pick – if I had the patience to go through another full OS installation – thanks to its stability and broad range of compatibility. Since installing the new OS, I’ve been having only trouble. It’s not all because of Windows, but a lot of it is. I upgraded to Windows 10 from 8.1 on a shiny new PC I just assembled and while the upgrade process was smooth, I had to do it twice. The first installation was causing me trouble, and this second one isn’t a lot better either. Admittedly, the second OS install was brought on primarily by me trying to root a Chinaphone that got me some nasty adware or who knows what it was. I can’t attribute the fault solely to myself, since I’m pretty confident about my abilities to discern between a malicious site and a safe one, being used to it since childhood. Also, Chrome and Windows Defender usually warn me about these things. It was also Windows Defender, whom I had relied on since Windows XP, who failed to detect the trojan or adware trying to infiltrate my PC.

This might sound stupid, but I freaked out. I hadn’t dealt with any sort of malware, adware, trojan or virus since I was in my early teen years, when Limewire and DC++ were my guilty pleasures, so I panicked and immediately did a clean install, without remembering to do some reseach. It would have been pretty impossible anyways, because the adware, which I suspect it was, restricted access to all system files and apps on Windows 10, and fed me advertising and popups. Being unfamiliar with the new OS from the start, I didn’t even attempt to clean the computer. The only thing I remember is my search engine in Chrome being set to istartpageing, about which I haven’t dug up much that would be relevant to my situation. I was baffled that Windows Defender could have let such a thing slip, or Chrome for that matter. Since I had been researching ways of getting SP Flash tool to recognize my device and flash a new firmware on it, I never strayed from Google, XDA forums and discussion forums towards downloading exe files. I had been served a warning, which quickly disappeared without giving me a chance to click “remove”, and the deed was done.

So the adware was the main problem, but I rushed to reinstall for other reasons beside panicking. On a brand new system, with pretty good specs but an inferior Intel HD graphics card, I was getting so many BSODs (Blue Screen of Death) that it had become quite frightening. I had gotten a few on Windows 8.1 in relation to the graphics drivers being incompatible, but I managed to fix that pretty rapidly. On Windows 10, however, I get a lot of them, with various error messages. Memory management, irql_not_less_or_equal and a couple of others I forgot about. It’s not a major inconvenience, because luckily my PC boots pretty fast and I usually have a habit of saving and backing up stuff often – because of Chrome, by the way. Nonetheless, it’s an annoying occurrence that to me shows Windows 10 still needs a good bit of work. These BSODs usually require complicated fixes that involve meddling with registry files, update files and system stuff like that, which I no longer have the time for. The first and second installations I did present themselves with largely the same issues. Although I would love to meddle and learn about how Windows 10 works, I would rather get on with my work – which I do lose sometimes during these BSODs. I think Microsoft might have released this OS a bit too early for consumers. Those of you who aren’t keen on fiddling with system settings and files should avoid Windows 10 for a while – a couple of months, maybe? At its core, Windows 10 is amazing, but it’s not consumer-friendly yet.

I need to establish that the design and user interface of Windows 10 are to my liking and I’ve come to like the changes. The tiles and graphic elements of Windows 8.1 are blended with Windows 7 interface properties that make the user interface that much easier to work with. However, features that should be highlights of the OS still need work. OneNote still needs a bit of that WinWORD functionality and familiarity and Microsoft apps need a bit of familiar touch and better suggestion algorithms. Microsoft Edge is most in need of improvements aside from the OS, in my opinion, because it is supposed to be a crucial part of the ecosystem Microsoft is trying to establish.

Edge is such a nice addition to Windows 10 and its smooth performance is inspiring, but the lack of customization, which is very important for web users, ruins the entire experience. Minor issues like not being able to change save locations or organize favorites make the entire browser very hard and time-consuming to use. Although I want to wholeheartedly switch to its neat, minimalist design (because Chrome is driving me crazy), these issues prevent me from doing so. Options that were there in IE are not, and although IE as a whole was not the best, the user interface and interaction was much more refined than it is with Microsoft Edge.

The bottom line is that Windows 10 is a great success, but before focusing on anything else, these crucial interface, performance and compatibility issues should be fixed. After doing some research on various forums and discussion groups, I found that many Windows 10 users had exactly the same complaints as I do. To me, these aren’t going to be deal-breakers, because I truly can’t and won’t move away from the platform because I see a future for it. Others might not, and many are dissatisfied with the user experience. However, even more people say the things I do: it has potential and it needs work, but we support it. The OS has not yet come to a point where it’s plain annoying all the time. It has moments, let’s just say, but thanks to the engaged community, things move along at a pretty fast pace – in most cases, but not all. There seems to be more engagement with Windows 10, I think because at its core, it’s so much better thought-out than any other OS until now. I need to come back once again to the fact that the potential is huge with the OS, now all that’s left to do is refine.