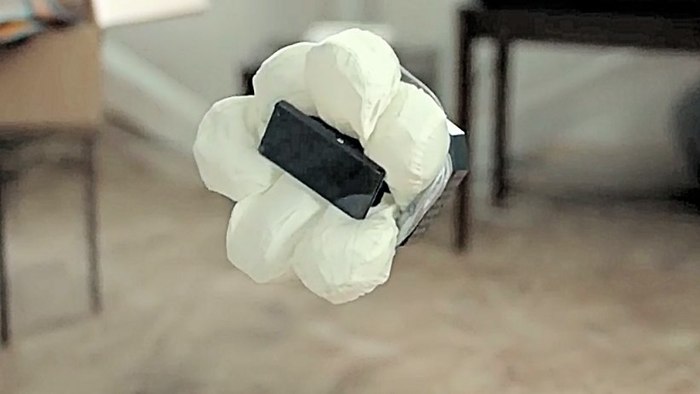 Apple has been raising iPhone prices little by little over the past few years and it seems like that tendency won’t come to a halt anytime soon. With the iPhone 6S and 6S Plus already in stores, hype about the next Apple product, the iPhone 7, has already begun. Although the iPhone 7 release date is almost a year away, the rumors about features and properties of the device have started and are gaining steam. One very recent idea concerning the iPhone 7 features includes airbag protection for the handset, and it comes from an Apple patent that was just awarded.

Although Tim Cook wants you to buy a new iPhone every year, the company is eager to make their devices last a lifetime, which is good for those who thrive off reselling used iPhone units. In the patent application the US Patent and Trademark Office published yesterday, Apple reveals its plans of integrating airbag protection into the iPhone. Despite the lack of official information about iPhone 7 features, it is likely that the airbags will be included in the design of the handset.

From the patent, we can find what look like floaties that are part of an automated system that aims to protect the iPhone display. These airbags will launch in the event of impacts with the ground and will actually be made from buoyant materials so that they can also protect the handset from water. If you ask me, the protection those airbags will offer might have been easier and cheaper to implement with a waterproof and shockproof body, using a shatterproof display, as seen on the Motorola Droid Turbo 2 or Moto X Force. But Apple is special and the iPhone 7 will be even moreso.

Apparently, the iPhone 7 will double as a floatation device, which can even save a man’s life. With Tim Cook already convinced the Apple Watch is a life-saving must have, we kinda know where the airbag iPhone 7 idea came from. The filing describes that these retractable inflatable buoyant tabs that will be embedded in every corner of the phone will protect the device from drops and falls by usig spring-loaded shock-absorbers – aka the airbags.

Technically, they’re not airbags, as in the patent listing they are described as being made from materials like foam, plastic or even rubber. According to the files, the cushions responsible for protecting the iPhone can be replaced after a deployment, however it does not specify if they “have to” be replaced after every deployment or if they are user-replaceable or need to be done by a professional. However, the good news is that the iPhone 7 will float without the airbags deployed, if it ever gets this protective mechanism integrated in its design.

The idea is pretty neat and it comes after various reports of incidents involving iPhones over the years. Apple hasn’t done much to prevent iPhones from getting damage, despite the repeated promises of sapphire glass protection and waterproof certification. If the iPhone 7, whose release date is pegged for September 2016, features some type of floatation or drop protection mechanism, the pricing of the device is also expected to go a good deal higher. Waterproof and durable smartphones, made to last for years and years, are rather expensive. However, since Apple wants you to buy a new iPhone on a yearly basis, they might keep the price low – or as low as an iPhone can go.

Estimated iPhone 7 prices right now range between $600 and $1000 for the base model, and you can imagine that Apple will launch multiple models with higher prices, too. Consequently, the lower price we should expect of the iPhone 7 Plus would be about $700, if not more. If these extra protective measures are added and the new phone will be waterproof or at least buoyant, we expect prices to start at around $800 for the base model. Depending on what other things the company is going to improve in their next flagship, these prices will change and fluctuate. At this time, take all the info you get about the iPhone 7 with a grain of salt, since Apple hasn’t confirmed anything about their upcoming smartphone.