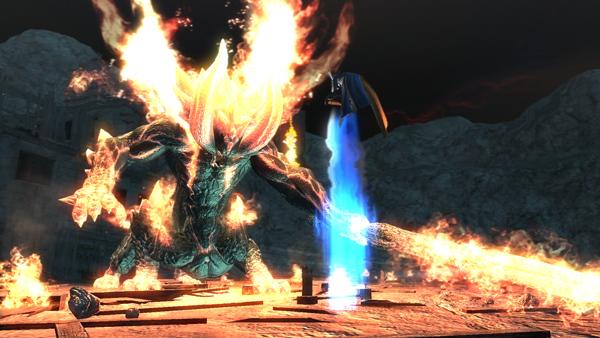 Haven’t had enough of news on Devil May Cry 4 Special Edition, the new version of the action game developed by Capcom launching this year on consoles and PC? We certainly haven’t. Despite not being an all new release, I have to admit that the game is one of my most anticipated releases of the year thanks to the addition of the new playable characters , an addition that will vastly expand the experience.

If you’re just like me and haven’t had enough of new screenshots of the game, you will be happy to know that three new Devil May Cry 4 Special Edition screenshots have been shared online recently, showcasing three Vergil’s techniques – Trick Up and Trick Down, which should be familiar to those who have played Devil May Cry 3 Special Edition, and Upper Slash. You can find the screenshots by going at the end of this post.

Even though no new entry of the Devil May Cry series has been announced, something may already be in the works. In a new interview with a Hong Kong gaming magazine, series’ producer Hideaki Itsuno revealed that Capcom thinks that the series can certainly be expanded and that a new Devil May Cry game will be released sooner if Devil May Cry 4 Special Edition manages to sell well.

Devil May Cry 4 Special Edition will be released in Japan next month on PlayStation 4, Xbox One and PC as a physical and digital release, with a Limited Edition also getting released. The North American and European release, which have yet to be dated, will be digital only releases. We will keep you updated on the Western release date as soon as more comes in on the matter so stay tuned for all the latest news on Capcom’s upcoming action game.