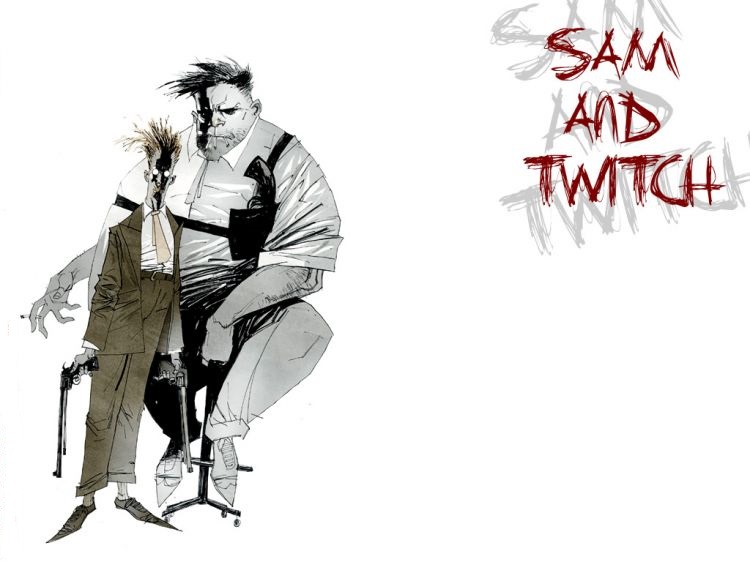 Welcome to my list of comics that I think should have TV shows. If you’re new reading this please check out my introduction, if you’re not new well… carry on reading!

With a big, foul mouthed brutish but honest cop and his partner a thin mathematician whose intelligence lends to his incredible sharpshooting skills “Sam & Twitch” need a TV show arguably just as much as Spawn does. The only downside is that for a Sam and Twitch show to keep everyone happy it would have to be a Spawn spin-off, which is a shame because as much as I’d love for “Spawn: The Animation” to actually happen it seems we have more chance of Ehren Kruger turning it into a decent screenplay. 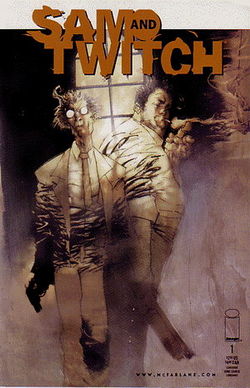 The story behind Sam and Twitch is the story of two NYPD homicide detectives in a world where costumed heroes are not the norm (Spawn being one of the only notable examples) investigating murders and super villains as two normal men under the eye of a corrupt police department. On the surface there is a TV show that may sound similar, that of course being “Gotham”, but not only does “Sam and Twitch” pre-date the comic “Gotham Central” which no doubt served influence to “Gotham” but Sam and Twitch in my opinion would make for a very good adult animated show similar to Todd McFarlane’s Spawn which gave a good amount of focus to Sam and Twitch. This is because the art style behind Sam and Twitch is so beautifully stylized and they both look so weird that it would be a shame to lose that appearance by having them be live action.

There is a lot you can do with this premise with both Sam and Twitch being so different and both having their own background stories that I think it would be a waste for this comic book to not at least be considered for a TV show. It is a massive shot in the dark but hopefully we could see Todd McFarlane finally release “Spawn: The Animation” and maybe give Sam and Twitch the spin-off that they deserve.