Two months ago two new amiibo figures have been released in all regions to celebrate the 30th anniversary of the classic platform game Super Mario Bros. Of the two variants released, the Modern Color variant was only available in North America as part of a Super Mario Maker bundle which included a copy of the Wii U exclusive game and the amiibo. A few hours ago it’s finally been confirmed when the amiibo will become available for purchase outside the bundle.

A few hours ago a new Walmart flyer has surfaced online, revealing that the 30th Anniversary Modern Colo Mario figure will be available exclusively by Walmart stores in North America. The flyer also confirmed that the figure will become available for purchase on November 26th from 6:00 PM. You can check out the flyer right below. 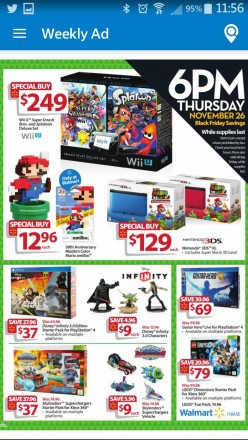