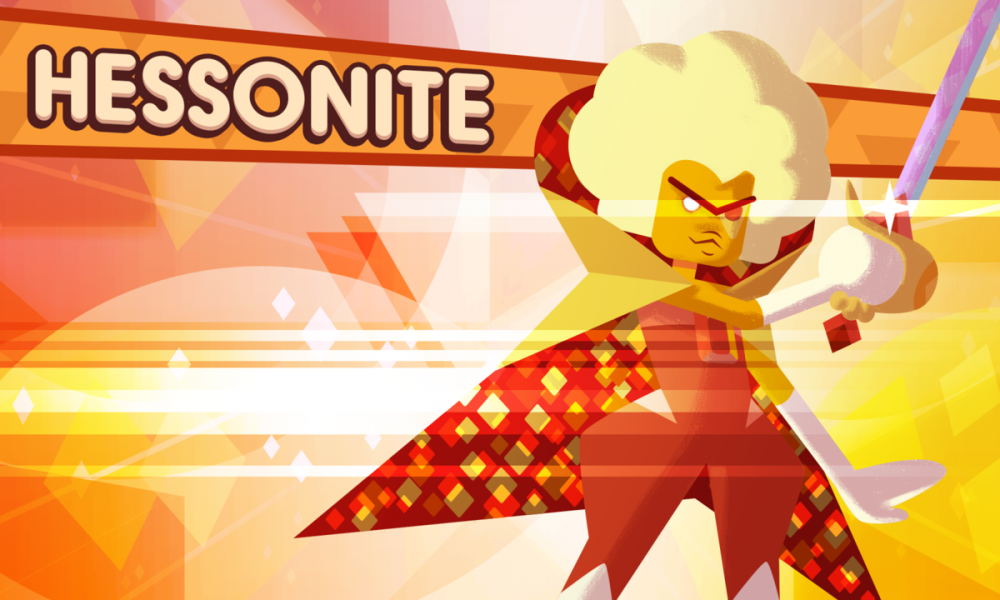 The Steven Universe RPG that’s coming out has attracted the attention of some people. Since it’s going to be a game for consoles instead of the usual Mobile shtick that accompanies licensed games nowadays. The RPG based on the Cartoon Network hit show seems to bring some new faces into the mix.

Yes, we’re going to see some new original characters in the game, taking the role as antagonists. Cartoon Network revealed another Crystal Gem from Homeworld named Hessonite. Hessonite is another Crystal Gem allied with Squaridot and the one responsible for stealing the Prism from Steven at the start of the adventure.

The reason for Hessonite to do this premeditated misdeed is to restore Prism into a powerful Gem Weapon. This character is described by Cartoon Network as a “Pompous Homeworld commander.” And will be one of the main antagonists Steven and his fellow friends will have to face in the upcoming console game.

Considering the nature of Steven Universe: Save The Light I must say that these villains’ designs look interesting. Especially considering their intentions in the main story narrative. Now, we have to see how these characters will play against the main group in the game once more details are shown.

For the people who don’t know, Steven Universe: Save The Light will be an RPG with mechanics similar to Paper Mario. Where players will have to choose between a variety of characters to go on a massive adventure that includes puzzles and battles. There’s also a strong emphasis on Timed hits where players are able to defend themselves against powerful blows if they press the right button.

Steven Universe: Save the Light launches for PS4 in North and Latin America later this month, on October 31. The Xbox One release will follow globally three days later, on November 3.