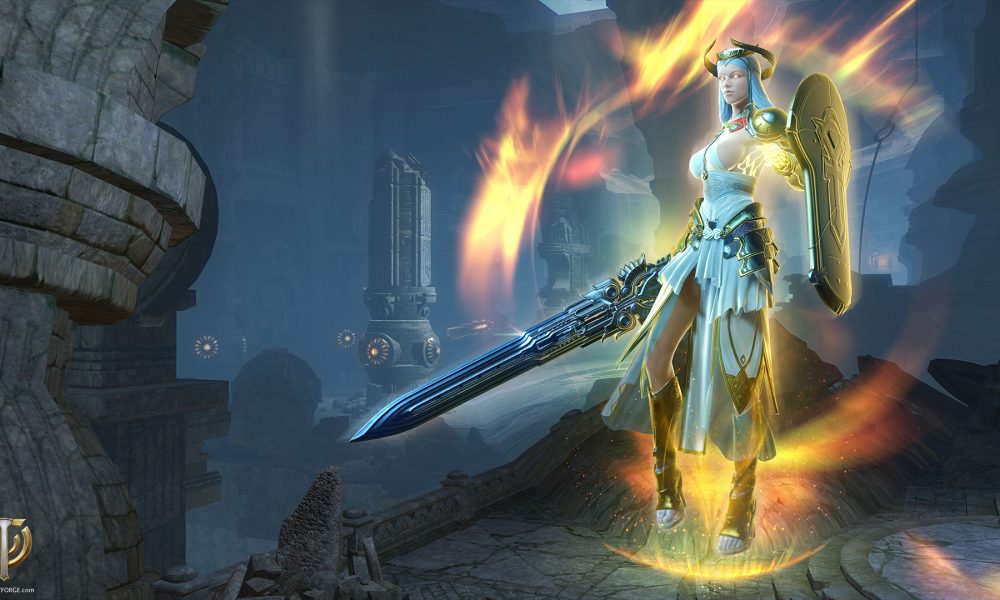 The incredibly popular Skyforge MMO officially launched on PS4 earlier today. You don’t even need a Playstation Plus subscription to play, so there’s no excuse to not try out the action that has already captured thousands on PC.

“If you like the sound of having godlike powers in the palm of your hand, simply pull up a chair, grab your controller and join us in Aelion to begin your journey to godhood. It’s time to stand united and defend your home world against the biggest threats Aelion has ever faced, regardless of which platform you prefer to play on.”

In Skyforge, players take on the role of an immortal and battle against enemy hostile gods – eventually becoming a god themselves. The game features a unique “prestige” system that advances players based on stats and progression and allows gamers to change between classes at will to really experience everything the MMO has to offer. Skyforge also includes a fleshed out follower system that unlocks with further play, and there’s unique progression that lets players use their followers to enhance their main character.

If you’re interested in getting a leg up on your fellow gamers with this recent Skyforge launch, get a stronger start on your journey to godhood with one of the release packs available that include such perks as additional class unlocks, exclusive mounts, new costume, in-game currency and more!