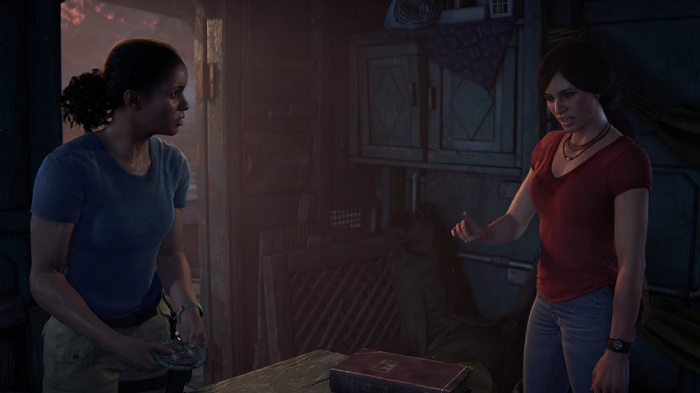 We’ve previously covered (as has the rest of the internet) how two of the most badass Uncharted characters would team up for Naughty Dog’s standalone DLC, Uncharted: The Lost Legacy. Chloe and Nadine’s adventure has also been in the news recently for being longer than ten hours which is up there in terms of side content.

Naughty Dog is keen to take advantage of the impressive news and announced that Uncharted: The Lost Legacy will launch on August 22nd for North America and August 23rd for Europe. Surprisingly, the DLC will cost $39.99 USD/$49.99 CAD. Now before anyone gets worked up, understand that this adventure will last longer than a lot of other experiences for a side story. Plus, a storied and well beloved franchise certainly contributes to the price. After all Naughty Dog went into this with the goal of making a “true Uncharted game.”

If you pre-order Uncharted: The Lost Legacy, you’ll receive a PS4 theme designed by Truant Pixel (the folks we mentioned worked on the PS2 theme for PlayStation 4s) and a free digital copy of Jak and Daxter: The Precursor Legacy. If you’re confused about that last one click here to get caught up to speed. Additionally, a cinematic trailer was released alongside these announcements. You can view the video and title description below.

“From the critically acclaimed developer, Naughty Dog, comes the first standalone adventure in the Uncharted series. Chloe Frazer must enlist the aid of renowned mercenary Nadine Ross in order to recover a fabled ancient Indian artifact and keep it out of the hands of a ruthless war profiteer. Together, they’ll venture deep into the mountains of India in search of the legendary artifact. Along the way, they’ll learn to work together to unearth the mystery of the artifact, fight their way through fierce opposition, and prevent the region from falling into chaos.”

Are you excited for the next chapter in the Uncharted franchise? Will you take advantage of those pre-order bonuses? Let us know!