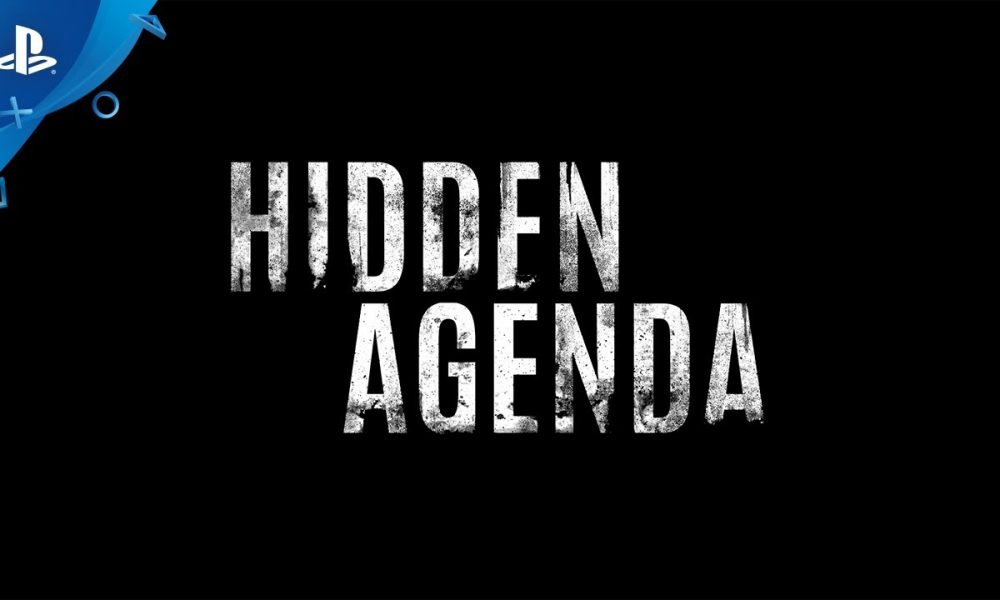 Sony recently held their annual E3 press conference, showcasing a plethora of games coming to their consoles. The games shown were all blockbuster titles with Hollywood-sized budgets, guaranteed to sell exceptionally well upon release. Unfortunately, the focus on the exciting action filled titles left Sony’s more experimental or indie Playstation exclusives with little or no marketing. Most of these games got a brief moment of time in the limelight during the E3 Preshow, but that was only watched by maybe 5% of E3 viewers. Alas, this means that the announcement of Hidden Agenda, Sony’s most interesting new exclusive was completely lost in all of the Spider-Man and Days Gone excitement.

Hidden Agenda is a new title by SuperMassive Games, the developers who created 2015’s Summer surprise hit game: Until Dawn. You’ll play from a duo of perspectives namely, District Attorney, Felicity Graves and a Homicide Detective named Becky Marnie. Both of these characters are chasing after a serial killer known as The Trapper. During your attempts to incarcerate The Trapper, you’re forced to make decisions which will affect Hidden Agenda’s story just as they did in Until Dawn. Although, the decision making is a bit different this time around.

Hidden Agenda features Play link, a system which expands Until Dawn’s in-game decision making from just the person holding a controller to anyone holding a smartphone. Choices are now made by players voting on them via a Play link app on your phone. Of course, that’s similar to the system Telltale Games utilized for their recent Batman series, but there’s a small twist. Players are given a Hidden Agenda cards throughout the game which provides an objective for a single player to adhere to without telling the other people playing. Tasks found on Hidden Agenda cards come in a variety of shapes and sizes. Some can have objectives as simple as making sure to pick up a Hersheys bar at 7/11 during your visit there, but others can have far more malicious intents such as surrendering to the Trapper in a certain scene.

Player specific objectives are the exact reason why everyone should be talking about Hidden Agenda. In most decision-based games that you play with your friends or family, you’re obligated to make sure your actions are in the groups best interests. At the very least, in the interest of what the group would like to achieve in a given playthrough. It’s amazing that Hidden Agenda can change that yet, still, keep the feel of what a decision-based game should be. Unlike other games, everyone doesn’t just fail or succeed as a group, now they’re vulnerable to doing so as an individual.

Hidden Agenda set to release sometime in 2017. I expect we’ll hear more information about it in the coming months. If Hidden Agenda is done right, we’ll have a great new type of party game to enjoy with friends. Of course, you can enjoy Hidden Agenda as a single player game as well, but who would want to do that?