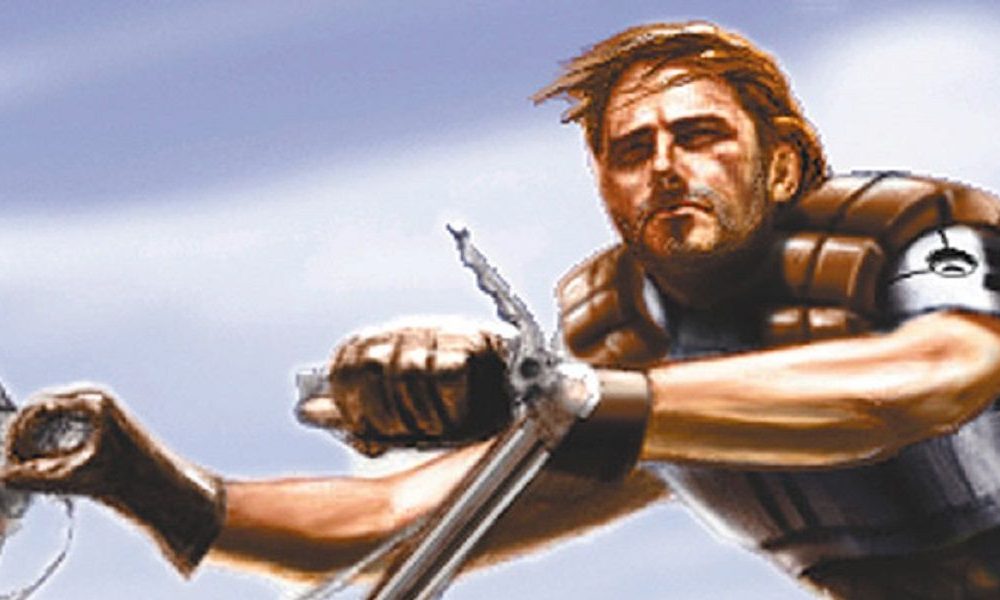 The fan favorite smuggler, may not become canon any time soon.

One of the first games that focused on the Star Wars Extended Universe(now know as “Star Wars Legends”) was “Star Wars: Shadows Of The Empire”. And that gave a major popularity boost to its main character: Dash Rendar! In short, Dash is just a like Han Solo in many aspects. A smuggler, smooth talker and even helped Luke and Han once or twice. He is from the planet Corellia (same as Han) and pilots the Outrider. Instead of Chewbacca, Dash had sidekick droid called Leebo (LE-BO2D9). His popularity was so high, that he even had a lot of solo adventures in novels and comic books.

However, apparently internally at Lucasfilms, Dash is not so popular. Since the animated series Star Wars Rebels is going to get a new season, the fans are wondering if they would get to see Dash in it. This question came about after a model of a ship that looks like “The Outlander” was seen in the show. The show’s new co-writer Gary Whitta and co -writer for Rouge One said:

“He’s a very polarizing character! People either love Dash or they hate him.
But obviously, one of the great things about Rebels is you get to introduce characters from the wider pantheon of Star Wars. One of the coolest things with season 3 is that we got to bring in Thrawn into the canon and make him an essential character on the show. So I think they’re always looking for those opportunities but the people who work at Lucasfilm are very aware of not doing stuff necessarily just for fan service, you do it because it’s something the show needs or can benefit from rather than just ‘throw this in there because it’s an Easter Egg and someone will notice.”

Whether or not Dash will move from “Legend” to canon Star Wars player, is yet to be seen.