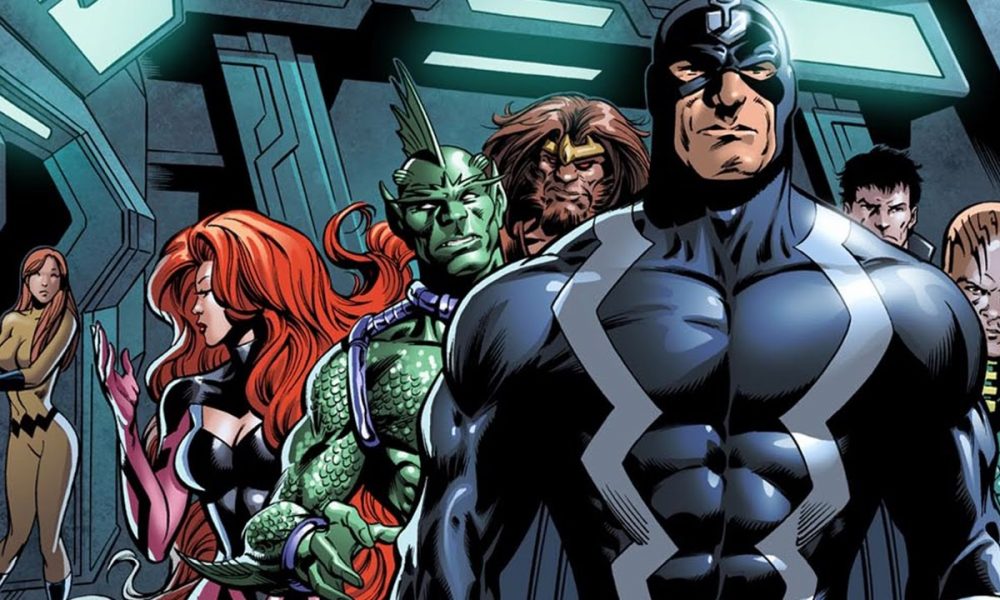 One of the most anticipated releases of the year, Inhumans, the Marvel series about the Royal Family of Attilan, will see the light this September 1st. It will release first in IMAX theaters with its first two episodes, and then broadcast on ABC on September 26th. To the fans delight, the official poster and logo was officially revealed on Marvel Entertainment’s Twitter. It was immediately noticed that the overall design is a variation of the one created for the canceled movie that was supposed to be set in the Marvel Cinematic Universe.

These characters are a fictional race of superhumans appearing in several Marvel comics, with their original debut in the Fantastic Four #45 (December 1965), before getting their own series of the same name. The comic book series has usually focused more specifically on the adventures of the Inhuman Royal Family, leading many people to associate the name of “Inhumans” with this particular super-powered team that we’ll be able to see on the small screen.

The first two chapters of Inhumans will be directed by Dutch film director Roel Reiné, who has worked as a director for The Man with the Iron Fists 2 and Hard Target 2. The cast for the series will include Anson Mount as Black Bolt, the King of Attilan with a voice that can cause destruction with the slightest whisper. Serinda Swan will play Medusa, Queen and wife of Black Bolt, with the ability to move and control her hair, and Iwan Rheon is cast as Maximus, the jealous brother of Black Bolt who covets the throne. Eme Ikwuakor, Isabelle Cornish, Mike Moh, Sonya Balmores and Ellen Woglom complete the cast for this new and promising TV show.

Prepare to meet "Marvel’s #Inhumans" in @IMAX cinemas starting on Sep. 1, followed by the full 8 episode series on @ABCNetwork this fall. pic.twitter.com/bNIdgXKtzD