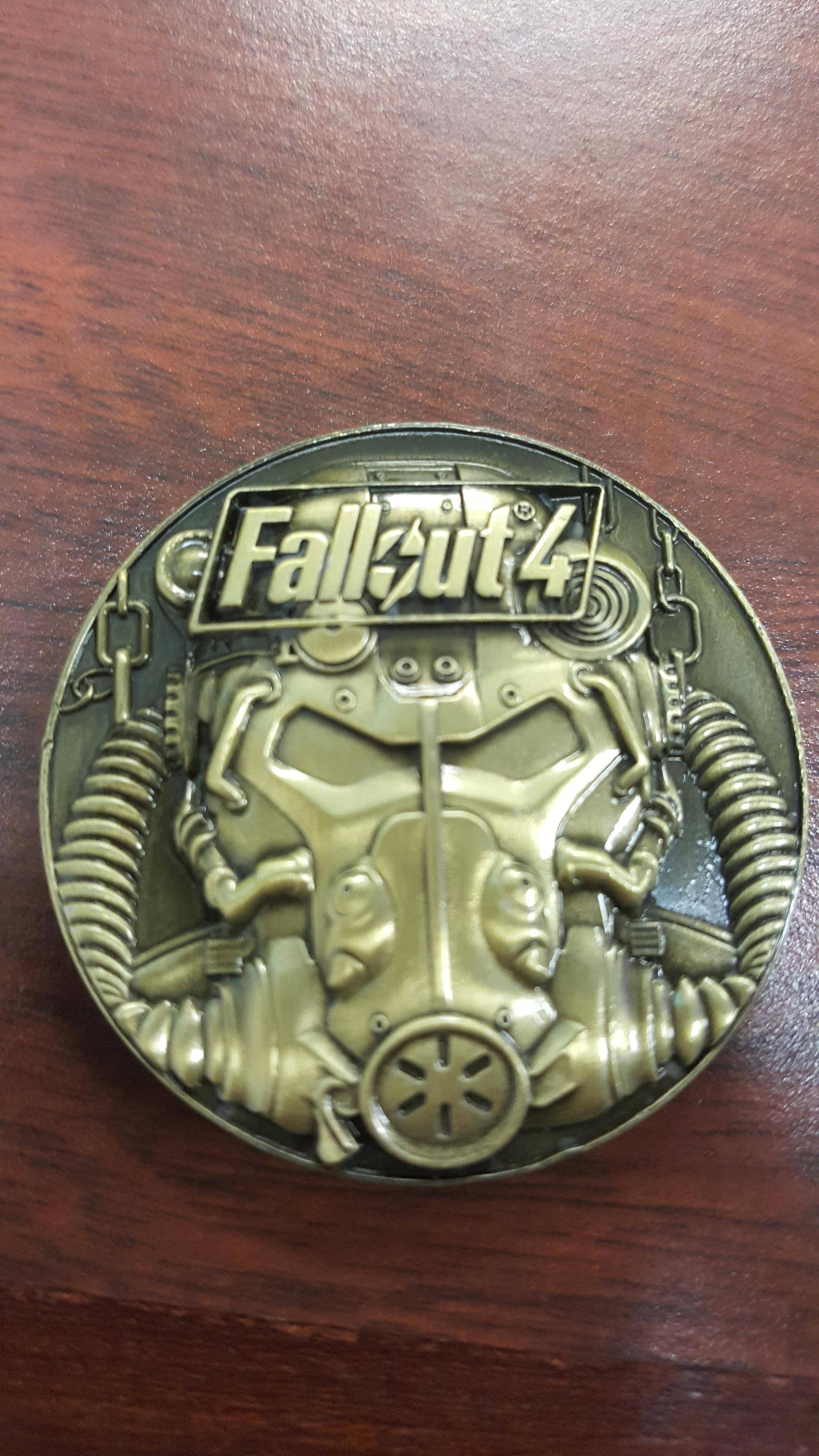 Fallout 4 has finally been released and fans of the series all over the world are now able to explore the Wasteland, collect items, blast monsters and much more. Several special editions of the game developed by Bethesda have also been made available, including goodies not found in the regular editions of the game. Some, however, have been able to get their hands on an even more exclusive extra.

This exclusive Fallout 4 extra is a unique coin which has been included in copies of the game sold in US military bases. Images of this nice looking Fallout 4 coin have also surfaced online a few hours ago and you can check them out right below.

Right before release, plenty of Fallout 4 details as well as screenshots and leaked gameplay videos have surfaced online. Last week the game’s companion app has been launched on Google Play and iTunes and a dedicated fan data mined it, revealing the names of several of the game’s locations, of the companions and their perks and more. A few days later several screenshots taken from the PlayStation 4 version of the game have also surfaced online, showcasing this specific version of the game.

Alongside unofficial material, an official Fallout 4 trailer has been made available online last week. This launch trailer showcased a variety of gameplay sequences as well as plot details, characters like Dogmeat and much more. The trailer doesn’t include any major spoiler so it’s pretty safe to watch if you have yet to play the game and don’t want to get any of its surprises ruined.