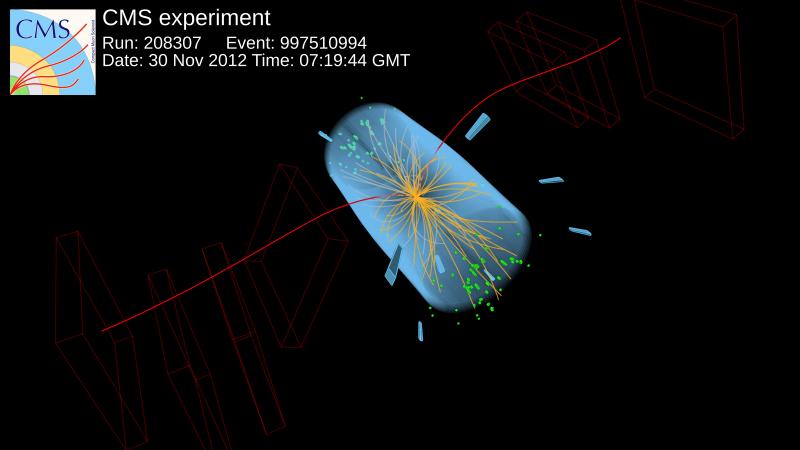 The Large Hadron Collider (LHC) has recently come back online after two years of maintenance and upgrading, however scientists are still sifting through the huge amount of information gathered in experiments prior to the shutdown. By analyzing data from as far back as 2011 and 2012, physicists have found evidence of an incredibly rare kind of particle decay, observed in experiments attempting to put our fundamental understanding of physics to the test.

In an article published this week in the journal Nature, scientists at CERN have described the extremely rare decay of the B0s (pronounced B-sub-s) particle into two muon particles. According to the Standard Model (our best theory of particle physics so far), this happens about three or four times in seven billion (!) decays, so it’s not surprising it has never been observed before. An even rarer event, the decay of the B0 particle (which happens once per 10 billion mesons), might also have been detected.

Both the B0s and B0 are mesons, highly unstable subatomic particles made up of a quark and an antiquark, bound together by the strong force. These kinds of exotic particles are only produced in high-energy collisions, either in particle accelerators like the LHC, or in nature, in cosmic ray interactions.

The discovery is the result of the collaboration between the CMS (Compact Muon Solenoid) and LHCb (Large Hadron Collider beauty) experiments at CERN and is based on data gathered in 2011 and 2012. The two teams found that the B0s and B0 mesons decay into two muons in a way which is consistent with the Standard Model’s predictions. Experiments like these are designed to test the limits of the Standard Model and even venture beyond it, into the realm of dark matter or supersymmetry. While it’s great to know the Standard Model is holding fast, scientists are always looking for that result which just doesn’t fit, because it’s these kinds of discoveries which open the door to new and exciting physics.

None of that for now, however, but the new and improved LHC is bound to give us plenty to talk about in the months and years to come.