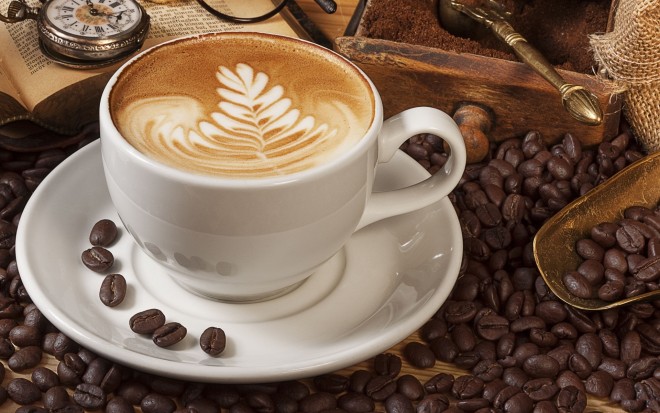 A lot of people complain about drinking coffee at night keeps them awake leading to sleep disorders and insomnia. Scientists from Medical Research Council Laboratory of Molecular Biology, UK and the University of Colorado have discovered that caffeine disrupts the circadian rhythm, the actual body clock that turns genes on and off according to the external day and night cycle. By disrupting the circadian rhythm the risk of having heart disease, type 2 diabetes, Alzheimer’s disease and other psychiatric conditions, are increased.

To prove that by drinking coffee 3 hours before sleeping will disrupt your body clock, scientists asked 5 people to live in a lab for 49 days without any knowledge about the time of the day. To copy the day and night cycle they used bright and dim light. The participants drank either a double espresso or a placebo, 3 hours before they went to sleep. After 3 hours, their saliva was tested to see their level of melatonin. Those who drank caffeine had a smaller amount of melatonin than those who took the placebo.

Researchers have found that coffee consumption at night disrupts the release of melatonin, the hormone that makes people sleepy, for 40 minutes. “These findings have important implications for people with circadian sleep disorders, where their normal 24-hour body clock doesn’t work properly, or even help with getting over jet lag.” said Dr. John O’Neil, lead researcher from Medical Research Council Laboratory of Molecular Biology.

Only in the US, CDC reported that more than 25% of the population suffer from sleep disorders and nearly 10% have experienced chronic insomnia. To better understand what a 40-minute delay of melatonin release does to your body, scientists compared it with Jet Lag produce by international travels. Your body is tricked to think that it is 1 hour further to the west. To better confirm their results they’ve added caffeine to a human cell and found that the built in the circadian clock was being delayed.

Scientists create the first magnetic wormhole
Would you give yourself better advice if you were Sigmund Freud?