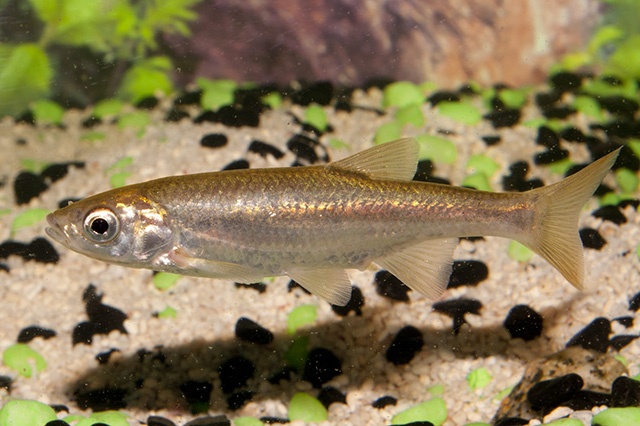 When most people think of reproduction, they think of a male and a female doing the birds and the bees, which results in either a male or female baby. However, nature has a way of throwing us a monkey wrench, which is how best to describe a fish that essentially reproduces through cloning.

According to a recent study led by Miguel Morgado-Sandtos from the Universidade de Lisboa in Portugal, published in the journal Royal Society Open Science, a river fish known as the Squalius alburnoides — sorry, no non-scientific name here — is capable of androgenesis. What is androgenesis? Basically, it’s a form of reproduction where all genetic information comes from the father’s sperm. Granted, the sperm still needs an egg to create a baby fish, but none of the genetic information from the egg is passed on. Depending on what courses you took in high school or college, you might wonder why this discovery is such a big deal. Androgenesis is rare, especially in nature, and is mostly limited to certain species of arthropods and mollusks. The Squalius alburnoides is the first recorded vertebrate species that naturally evolved to reproduce via androgenesis.

This study was a followup to another study by Morgado-Santos, which examined the mating patterns of Squalius alburnoides. That first study discovered by accident a fish that only had paternal chromosomes (chromosomes from the father).

“I was very surprised,” explained Morgado-Santos. “I thought maybe it was a mistake and we had captured the father.”

If the concept of “one species reproducing with another to create a baby of its own species” sounds familiar, that’s because it’s one of the distinguishing features of the Mass Effect franchise’s Asari race. While I cannot speak for the probability of the existence of aliens, we now know that the Asari’s ability to reproduce with any humanoid species and create an Asari baby is 100% based on reality.