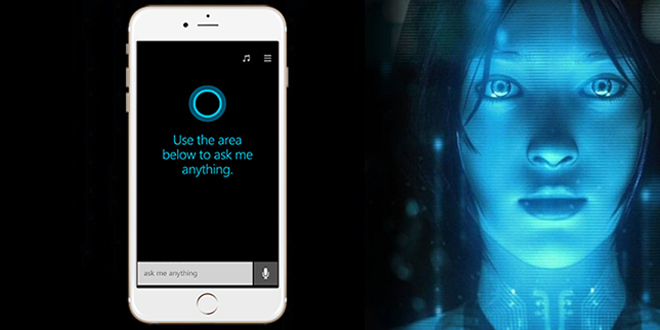 Goodbye Siri, hello Cortana. At first it was Google Now when a beta test version was rolled out by Microsoft in August for Android devices and now Siri is getting its share of competition. It appears that Siri is getting some serious competition when it comes to being a personal assistant on iOS devices.

Although previously announced, the beta version of Cortana for iOS started rolling out to testers who signed up for the trial. Apparently only a small number of signed up users got the notification e-mail and were able to download the Cortana app, but more shall receive it later or not at all, giving that TestFlight limited the number of testers for an app to 2000.

Cortana for iOS or at least its beta version will offer voice assistance for schedule managing, alarms and reminders and tracking packages, flights or stocks. Apparently one of the big reasons why iOS users would consider testing Cortana was because it would make it easier for them to create a connection between their iPhones and Windows-powered PC’s. Because Microsoft has already made a survey based on this fact they did include in the beta test for Cortana possibilities of tying together the two platforms, iOS devices and Windows PC’s.

The Cortana app for iOS will notify you about reminders you set on your PC or other things like saved dates and appointments. Also, you can use Cortana for sending text and emails, checking the weather or search on Bing. Basically, Cortana for iOS will challenge Siri, it will even help you get information about restaurants or movies and even open other apps. The survey made by Microsoft before rolling out Cortana for iOS kind of indicates that only users from US and China will be able to test the app on their iOS devices, but it is not an official statement.