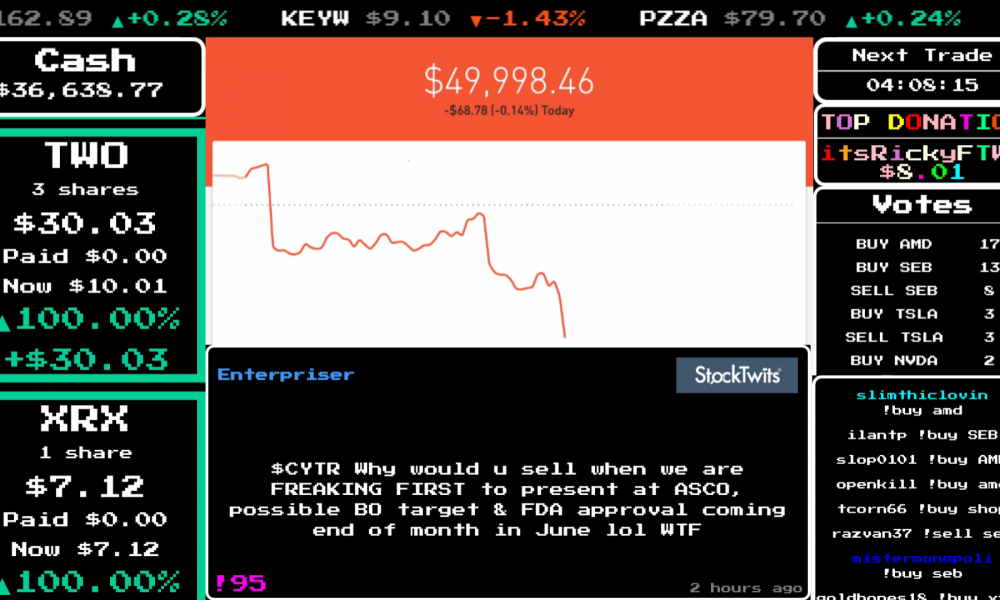 Well that’s a new one. A little over three years ago, the gaming world was introduced to Twitch Plays Pokemon. A crazy experiment where the viewers would comment the input they wanted to happen. It caught like wildfire, with tens of thousands of people watching in fascination. After starting a phenomenon that sprouted copy cats everywhere, Twitch Plays Pokemon changed the way games are viewed. An interactive aspect became a major selling point for viewers. Now Twitch promotes games that have an interactive portion for viewers of the games streamers play. Now, it’s gone one step further with the latest Twitch Plays incarnation. Twitch Plays the Stock Market.

It sounds crazy, but it works. At least, it works mechanically so far. Anybody watching the stream is able to participate in the buying and selling. Every five minutes there is a continuous round of voting on what action to do. Either buy a certain stock, or to sell it. Any stock that is listed on the financial service Robinhood is available for trading. However, there are some restrictions as well. Because of the frequency of trading occurring, Twitch Plays the Stockmarket is considered a day trader. Any day trading account on Robinhood needs to have at least $25,000 in its account to not be locked out. Otherwise day trading accounts are locked out from trading for 90 days. Additionally, stocks that are deemed “too volatile” are not available for trading. Robinhood defines these stocks as follows:

It’s hard to tell whether this experiment will have any kind of success. Twitch Plays series have had varying amounts of success. There have been people who beat punishingly hard games like Dark Souls. Others have had trouble navigating a simple maze and gotten stock for hours, and even days. The account attached to this experiment started out with $50,000, and it hasn’t moved all that much. And the risks of day trading is that it can all go away in a puff of smoke. About $13,000 of the account have been invested so far, and the group is feeling very bullish.

There isn’t a real strategy to the buying and selling of everything, but so far technology stocks are popular. Google, Tesla, and Nvidia are all popular in the voting rounds. But other stocks have been bought simply for the name. Like when they bought the stock CAKE. (It’s the Cheesecake Factory if you’re interested.) It’s going to be interesting watching how this index performs as time goes on. There’s no telling where things will go, as even the best stock brokers admit that things can change at any given moment. Who knows though, maybe this will prove that anarchy rules the economy. 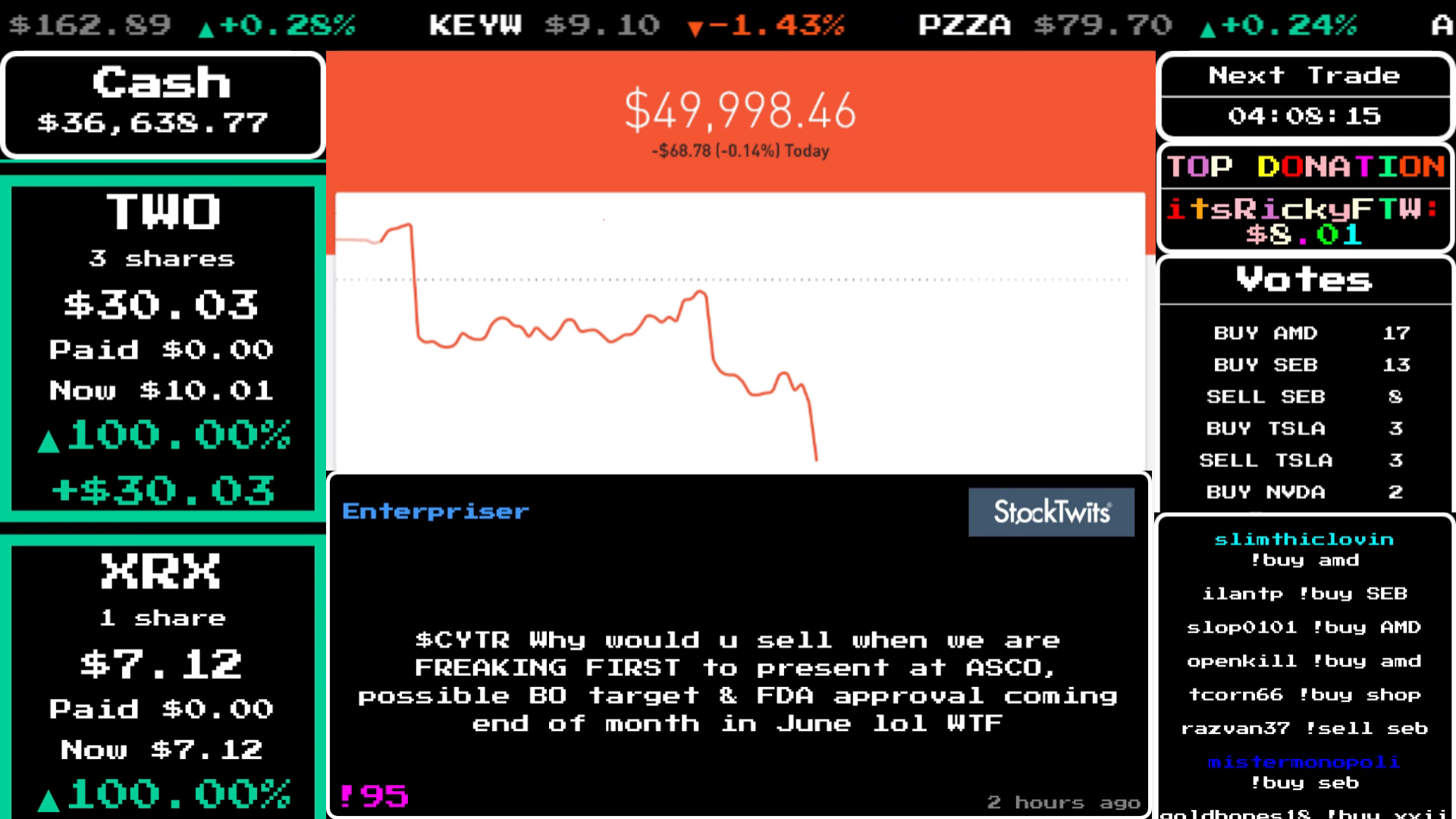