Apple working on their own version of HoloLens

Apple working on their own version of HoloLens

According to a report from Business Insider citing Piper Jaffray’s Gene Munster, a reputable analyst who has previously accurately predicted Apple affairs, Tim Cook and co. have invested in the hiring of a Microsoft employee responsible with a few HoloLens matters. The new hire is an audio engineer for the HoloLens, but their role in Apple has not been disclosed as of yet.

Although a new virtual reality headset doesn’t seem like a good investment right now, with the HTC Vive, Project Morpheus, Oculus Rift, Samsung Gear VR and others slowly raising awareness about VR and AR, without too much profit. Apple did not yet disclose any information on the project that they will be working on in the future, but since it is apparent that they’ve been in on augmented reality for the past two years, we’re definitely expecting some sort of innovation in the next few months.

Apple has a massive event scheduled for today, with 7000 attendees expected to come. That event seems a bit too large for just a new iPhone 6S or iPhone 7, or iPad Pro, iPad Air 3 or iPad Mini 4 launch. While it could be just proof that Apple fans are spreading in numbers, it is more likely that Apple is going to introduce something amazing today. Most likely, that something won’t have anything to do with augmented reality, but we are hoping to hear more about what Apple is planning to do with the tech. We only have a few hours until the event, so if Apple is doing HoloLens things today, we’re definitely ready for it. 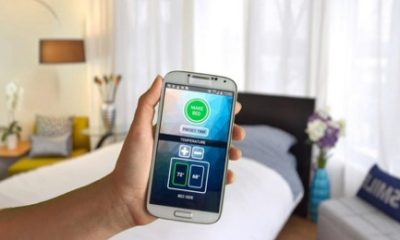