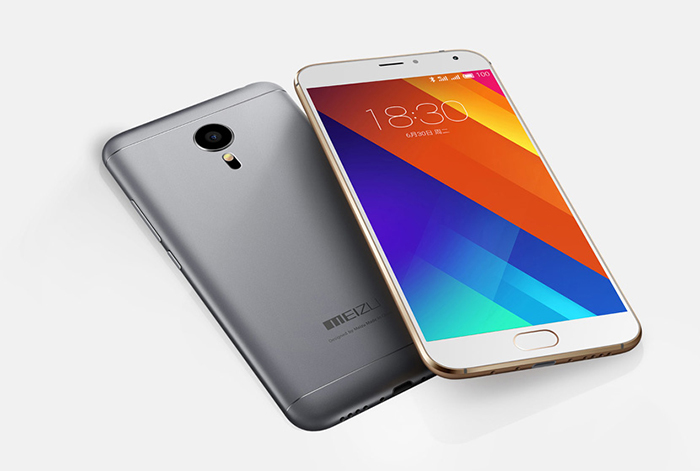 Update: Using the coupon code MX5GB during checkout will allow you to purchase the device for only $322.89.

The Meizu MX4 and Meizu MX4 Pro were quite impressive smartphones last year and have managed to gather a considerable fanbase across the globe. The Meizu MX5 has been in the news lately quite often, as more and more people heard about the anticipated affordable flagship that aims to take on both the high-end flagships of Samsung, Apple, LG and HTC as the affordable, yet still high-end flagship killer from OnePlus. This month, the Meizu MX5 was finally made official and while some people expected a long waiting time for presales to open, they have been live since July 3.

You can preorder the Meizu MX5 now for just $330 on GearBest, and the presale lasts until August 1. We’ve heard rumors about the number of Meizu MX5 units available are limited, so I would advise you to hurry up if you want the latest flagship from the Chinese manufacturer. There are plenty of reasons to buy the Meizu MX5, seeing as not only is the smartphone a premium flagship that competes directly against the iPhone 6 Plus, but it’s also under $400. The Meizu MX5 price is impressively low, yet the smartphone still has a lot to offer.

The Meizu MX4 features are quite similar to those presented on the iPhone 6 Plus, from design to display, but Meizu incorporated elements that are familiar with the HTC One M8, the LG G4, the Samsung Galaxy S5 and such. Although not technically a clone, the Meizu MX5 looks a lot like the iPhone 6 Plus. Nonetheless, the fact that this flagship delivers a metal chassis for a low price is admirable. The bottom and sides of the phone are reminiscent of the 6 Plus, while on the back, Meizu added a round camera module as seen in the HTC One M8, with laser autofocus as in the LG G4. Its back is sleek metal, but the texture is in-between that of the iPhone 6 Plus and the One M8. While the 6 Plus is slippery and the M8 sturdy, the Meizu MX5 is just a bit slippery.

On the front, the fingerprint sensor of the phone is in a rectangular shape, similar to the Galaxy S5 fingerprint sensor, with the incorporated home key. The bezels on each side are almost invisible and do make the Meizu MX5 look rather appealing. The top and bottom bezels are standard, as it were, with nothing flashy standing out. The sass is on the back, with the metal finish and all. Too bad it can’t be changed, because some might not like all the shine it comes with. Nonetheless, the Meizu MX5 is neatly designed and while it does show off a bit of influence, it still feels original thanks to its weight and thickness, which lie right in the middle of the spectrum.

Performance-wise, the Meizu MX5 should be excellent in the long run, as a Helio X10 Turbo 64 bit processor is running the show. Android 5.1 with Flyme OS, 3 GB RAM and 16 GB of storage back the processor up, but there isn’t a microSD slot available. The Helio X10 has a great record, so the Meizu MX5 performance should be exemplary. I wouldn’t bet on it being better than the Exynos 7420 chipset in the Galaxy S6, but it should be fast enough to be able to compete with most of the flagships out there. 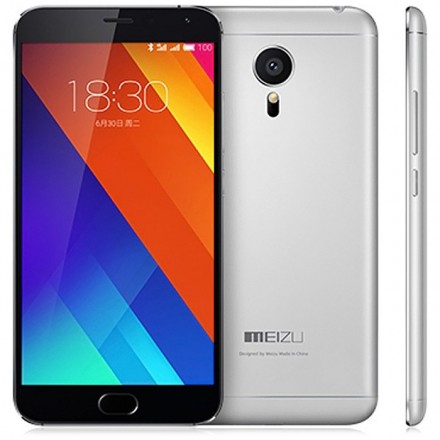 The Meizu MX5 is all metal

There’s a large 5.5 inch FHD display on the front, which does compete with the iPhone 6 Plus, although viewing angles won’t be as great as they are on the 6 Plus. Still, it’s a massive display with the same ppi pixel density, so the user experience should be crispy, if you get my drift. The Meizu MX5 camera is one of its strongest weapons, as it comes with a 20.7 MP Sony sensor on the rear, complete with LED flash and laser autofocus. One can record 4K video with the Meizu MX5, but there’s no optical image stabilization, which could impact the shakiness of your video. Digital stabilization is pretty good, though, so photos will definitely be to your liking. Post-processing is done well, too, which is crucial, as some manufacturers compromise in that area to make their phones affordable.

The Meizu MX5 is a well-balanced smartphone, but only time will tell if everything fits right or not. The user experience is pretty proprietary, so those used to stock Android 5.1 might be a bit confused at first, but Flyme OS is rather fast, which is a benefit. Since the OS is on top of Android 5.1, users will benefit from the latest in terms of Google. The camera is exemplary and performance is good, but battery life is the compromise in the case of the Meizu MX5. While the display is amazing, it drains the battery quite much. Luckily, fast charging will handle that problem, even though a removable battery would have been better. To be honest, for the $330 price that the Meizu MX5 is selling for, it’s an absolutely great investment. It’s a future-proof smartphone with the latest Android, biometric security and a good camera. Whether it will last for more than a year after your purchase is the mystery that needs to be uncovered. .