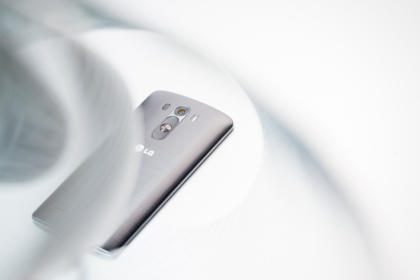 Headlines early this week were reading that the LG G5, the South Korean company’s next phone, will be getting a design overhaul and will feature a metal unibody. I don’t know about you guys, but the news bummed me out a bit. With everyone making thin metal phablets nowadays, LG was among the few manufacturers who kept their line-ups representative with the LG G3 and LG G4. The LG G5 release date is approaching fast, as rumors suggest it will be launched in March 2016, but does it have to be metal?

There are pros and cons to having a metal smartphone, and the LG G5 will hopefully bring all the pros and none of the cons, if the rumor is true. According to a Korean report, LG is planning to redesign their next flagship with a metal unibody, even though they have repeatedly proved over the past two years that plastic is still ok and their designs are made to last. If the company, whom I’ve been a fan of for half a decade, moves to a metal design, it will feel like something entirely new and risky to me.

I’m sure many LG G4 and LG G3 users can relate. The plastic, yet premium body and build of the LG G4 and LG G3 have  been impressive in keeping the phones cool, powerful and durable. Metal phones tend to break a bit easily, especially when it comes to stress points around  the corners. One drop or hit and the risk of the frame cracking is greatly increased. Metal phones also tend to trap heat and contribute to overheating processors and slow performance. Although a metal unibody LG G5 would surely offer a thin, lightweight phone, what would be the trade-offs for the new design?

I have a lot of trust in LG, and I believe the LG G5 will be a beast of a device when it will be launched, but the metal design will bring some caveats, that’s for sure. LG surprised its fanbase with expandable storage and removable batteries when everyone was moving towards less opportunities of being resourceful with your phones and more upgrade and customization opportunities in-house. Motorola expanded their Moto Maker platform, Samsung added very impressive fast charging and fast wireless charging to the Galaxy Note 5 and S6 Edge Plus, Apple thickened their phones a slight bit to avoid bendgate and the list goes on.

The LG G5 design might be on the verge of change, and some of us might feel wary about that. My wishlist for the LG G5 included a lot of customization, including a removable battery and microSd storage, as well as interchangeable back panels, alongside strong hardware and a simplified UI. It did not include a metal design, but it’s open to it. If LG manages to resolve a few of the problems metal unibodies eventually end up with, the LG G5 might be a very impressive release.

With rumored specs including a Snapdragon 820 CPU, 4 GB RAM, a 128 GB storage option, powerful 21 MP camera on the rear and a big battery, capable of being wirelessly charged and fast, the LG G5 is being set up as a strong competitor against the iPhone 6S Plus, Nexus 6P and more. The display of the handset is supposed to be between 5.2 and 5.7 inches, featuring either 2K QuadHD or 4K resolution, although the latter seems like a bit of a longshot. All of these encased in a premium metal body sound pretty good, but LG needs to balance battery life, durability and design in order to effectively position the new flagship at the top of the game. Which do you like best: metal or plastic?