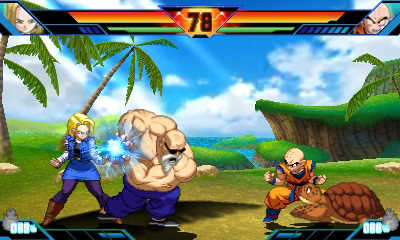 Around a week ago a new Dragon Ball Z: Extreme Butoden trailer has been made available during the Japan Expo 2015, which has been held in France last week. The trailer showcases several playable characters, assist characters, play modes and much more. The trailer is a good way to learn more about the game so make sure to check it out if you have never heard of it before.

Before its Japanese release, Dragon Ball Z: Extreme Butoden has received a playable demo on the Japanese eShop. The demo includes playable characters Goku, Kid Gohan, Vegeta, and Majin Buu, and support characters Tien, Recoome, Korin, Turtle, Super Uub, Mercenary Tao, Hercule, and The Great Saiyaman. Save data from the demo also allows players to unlock Super Saiyan God Super Saiyan Goku in the full game. There is currently no news on the possible Western release of the demo but we will surely hear more about it as we approach the game’s release date.