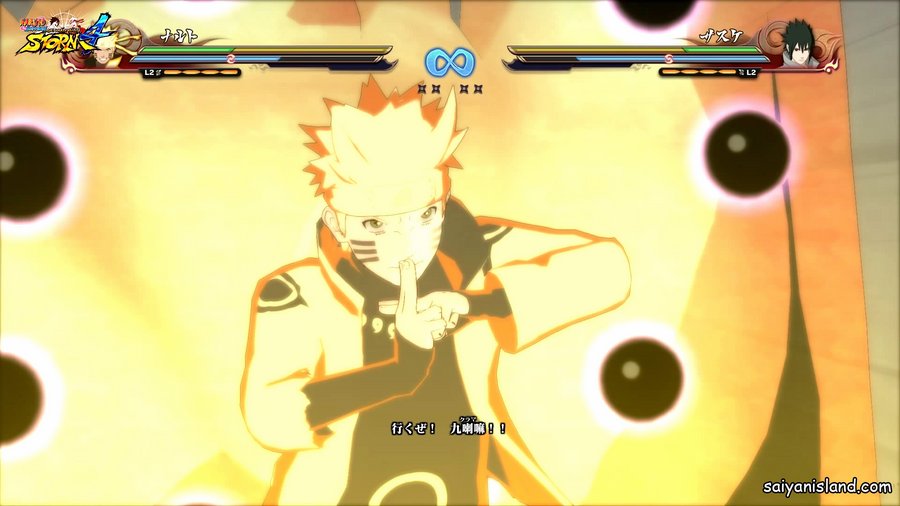 Naruto Shippuden Ultimate Ninja Storm 4, the latest entry of the series developed by CyberConnect 2 launching next year on consoles and PC, is getting closer to release with each passing week and more on the game is coming in pretty often. A few hours ago a new batch of screenshots has been made available online, showcasing some of the new content that will be available in the upcoming game.

The new Naruto Shippuden Ultimate Ninja Storm 4 screenshots showcase Naruto’s new Ultimate Jutsu as well as a boss battle against the Ten Tails featuring Naruto and Kurama. To defeat the Ten Tails, players will have to damage the boss enough while avoiding damage from the bombs and later try to outrun it. You can check out the new screenshots by going here.

The Naruto Shippuden Ultimate Ninja Storm 4 character roster has yet to be revealed in full and fans of the series all over the world are constantly trying to learn more on who will be available in the game. Last week more fans have asked the Naruto Video Games Twitter profile about the inclusion of the Sound 4 and the rep behind the profile answered that fans shouldn’t worry, as the team is aware of fans’ expectations. While this is far from being a confirmation, there’s a decent chance these characters will be included in the game, considering a similar question about Mecha Naruto has been given a clear answer straight away a few months ago.