Could the PC Master race be dealt its greatest blow yet? While Xbox and PlayStation fans have long debated their superiority, in terms of raw power PC gaming has reigned Supreme. Customization and upgrading have been the hallmark for PC gaming. The ability to constantly upgrade to the latest cutting-edge pieology is Advantage only PC gaming control truly harness. That, along with a vast networks of games available on Steam, Origin, and ugh, Uplay. But with the program Rainway, that could all be changing.

Rainway at a Glance 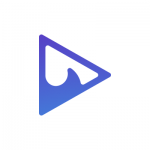 Rainway, is a program built to stream your favorite PC games directly to your console/client of choice. Scheduled clients include web, Android, iOS, Xbox, Switch, and PlayStation. So if you really want to, you can play Civilization 6 on your smartphone. (Although I would should I suggest you use one of those weird controller peripherals.) Or you could play Grand Theft Auto V on super-maximum-ultra settings with your PlayStation. Urging gamers to go with both console and PC may well become the compromise of the century. See politicians? Compromise can happen!

The Potential of Rainway

Using consoles built in web clients the games will be streamed from PC to console. It will use clients like battle.net, origin, in previously. But if a game is not on those programs, we suggest you add it to steam as a non-steam game. Rainway promises that they are currently working with developers to make sure it’s supported. With so much potential, Rainway could become the next breakthrough in gaming today. Taking away the necessity of handheld consoles in order to play third party developed games. Of course, because it’s streamed over the internet, latency and lag are disconcerting issues. Without a high speed next connection, it not be a viable option for you. And with net neutrality Under Fire, you have no idea what the future of the internet looks like.

But that doesn’t mean you shouldn’t be excited for this. Rainway is a step into the future of Gaming. Virtual reality, augmented reality, and so much more are just beyond the horizon. And bringing gaming with you everywhere seems like a natural progression of things. So if you want to become a part of the process with rain way, you can click here to register for their beta which begins November 25th, 2017.