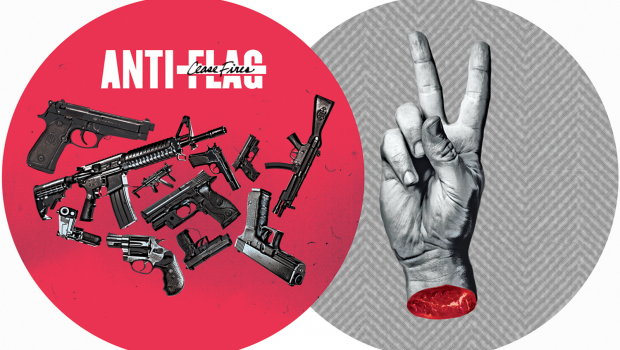 Anti-Flag is one of those bands that manages to make their concerns about today’s world reflect in their music. After their last album American Spring was released this year on 26 May, they decided to keep on working and release another album which will include B-sides and rerecorded songs.

This new album will have known songs like The Ink And The Quill (Be Afraid) or No Future and the title of the album will be “Cease Fires”. In the light of recent events, this is a well named album title.

Anti-Flag bounced around a lot of different labels from Fat Wreck Chords (Fat Mike’s label) to SideOneDummy, but now the album will be coming through A-F Records which is Anti-Flag’s independent label and it will be released on 18th December. Anti-Flag still has a voice in the punk-rock scene and their concerns include most recent events that might make us lose all fate in humanity.

The ‘Cease Fires’ track list contains the following titles: Coward in my veins, The New Jim Crow, Kill The Rich, Twenty Years of Hell, Bring out the dead, The Consumer’s Song, Mumia’s Song, Wake Up, The WTO Kills Farmers, No Future, The Ink and the Quill (Be Afraid), The Great Depression, The Ghosts of Alexandria and Close my Eyes. All Anti-Flag fans should be thrilled to hear this news, not many bands release two albums in one year and B-side songs as well as rerecorded sounds always give a great insight about one band’s musical process.