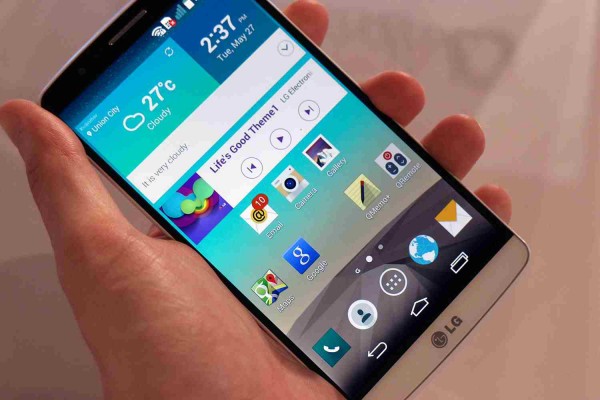 The LG G3 had been waiting a long time to get a glimpse of the Android 5.0 Lollipop update, and it seems the time has finally come to get closer to completion. People in the UK are reporting that the LG G3 Android 5.0 Lollipop update is rolling out as we speak to those who missed out earlier, although only to unlocked devices at the moment. Forum members over at the XDA Developers forum are already discussing some bugs they are having after the installation of the update, so the news about the rollout seems legit.

Some users report that after installing the LG G3 Android 5.0 Lollipop update they are experiencing bugs with services like Deezer and other music streaming apps, which is a bit problematic since at least Deezer is a subscription-based service. Another issue LG G3 users are encountering with Android 5.0 Lollipop is that Priority Mode doesn’t seem to work as it was supposed to. Users say that notifications seem to pass through and sound off, even if they are disabled within settings. Viber also seems to pass through notifications when it Priority Mode, which is odd to say the least. The issues were remarked on unlocked devices. Are you having any issues with your phone after the LG G3 Android 5.0 Lollipop update hit you or is everything working fine?

At long last, LG G3 unlocked owners can enjoy Material Design and the new features that come with Lollipop. LG’s Optimus UI is minimal, so the experience on the phone is near-stock, although not as nice as with Motorola smartphones like the Moto X or Moto G (whichever generation). The rollout only affects unlocked devices for now, but rumor has it Vodafone will be next to roll out the update throughout the UK and maybe even Europe. There is no official word on a U.S. release of the LG G3 Android 5.0 Lollipop update, although it shouldn’t be far away.

Ironic as it is, users on forums voted for May as the most likely month for the QHD flagship to get the latest software update, and they might be right in that. Alas, we can’t say for sure, as the rollout is done in stages, batches, layers, whatever, it takes a long time. OEMs need to tweak the OS, carriers as well, so that might take some time to be finished. Until then, most LG G3 owners say they would rather wait until May and get Android 5.1 directly, so that they won’t experience the widespread bugs they’ve been reading about on the internet.