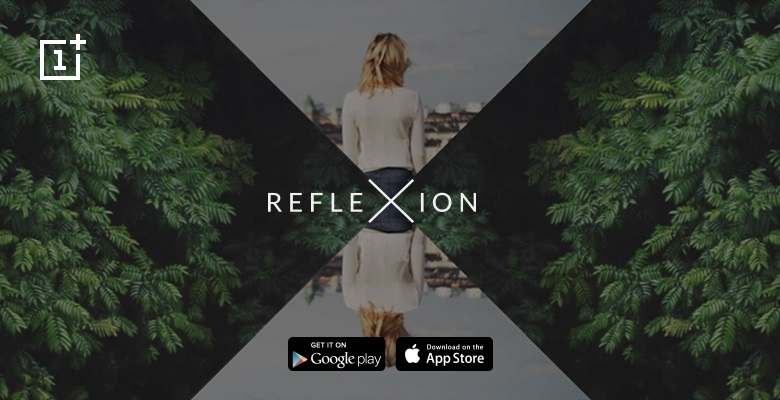 OnePlus made a name for itself with hardware, and delved into software with OxygenOS for the first time. If they can make an entire ROM, whi shouldn’t they make apps, too? Apparently, that’s exactly what the company has been doing over the past few months. Today, we get to see what the software developers of the Chinese company have been working. On the OnePlus forums, the company announced their new photo app Reflexion today.

The OnePlus Reflexion app is a standard photo editing app that doesn’t have that many features as of yet. The Reflexion app is available for both Android and iOS and can be found on iTunes or in the Google Play Store. The announcement comes as an unexpected development after the launch of the OnePlus X. The app doesn’t do much, except allow you to take two photos and then combines them into a mirrored X, to celebrate the OnePlus X.

OnePlus Reflexion app once opened. Can you guess who the eye belongs to?

The small photo app is an interesting release that aims to celebrate the OnePlus X launch. It’s not an app that wants to compete with already established editing and photography apps such as Google’s own Camera app, but it aims to be an app used by the OnePlus community. With a very simple interface and an easy-to-use layout, users can create collages easily using their front and rear cameras. It’s an interesting app that foreshadows the future of the company and how far it’s going to go.

OnePlus will most likely delve into software and app development as well as hardware manufacturing in the future, although information about precise plans has not been disclosed. Moving in on the international market speedily, OnePlus might have a bright future ahead of them. If you want to try the app, you can visit the official website for Reflexion and choose your platform from there.