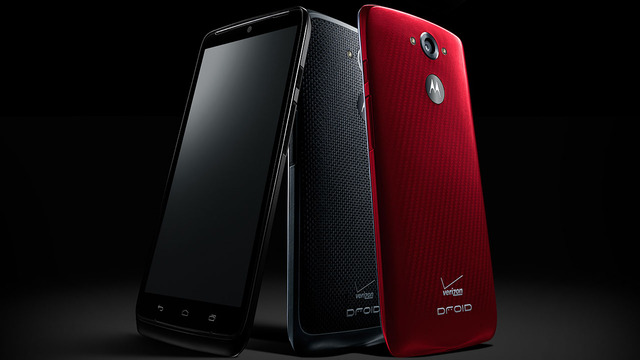 Motorola impressed a lot of people earlier this year at the IFA Trade Show when it announced the second generation Moto X flagship smartphone. What the company announced earlier today however is ever more impressive believe it or not. Motorola has partnered with Verizon Wireless to bring us yet another Droid smartphone and this one looks to be the best one to date. Entitled Motorola Droid Turbo, the device features a very sturdy design that was clearly built for endurance along with a set of specs that can rival those of any other flagship smartphone currently on the market.

The Motorola Droid Turbo is very similar to its predecessors from a visual standpoint and sports the signature Kevlar back cover. However, unlike the other handsets in the family, this latest addition comes with a Metalized Glass Fiber body that makes it both lightweight and durable according to its manufacturer. To top it all off, the Motorola Droid Turbo also features Corning Gorilla Glass 3 protection for its Super AMOLED 5.2-inch display. The display itself is also pretty impressive with its 1440 x 2560 pixel resolution and 565 pixel density. By comparison, the highly acclaimed Samsung Galaxy Note 4 also comes with the same resolution, but a lower pixel density of only 515.

Displays aside, the Motorola Droid Turbo packs quite a punch with its Qualcomm Snapdragon 805 quad-core processor clocked at 2.7 GHz. Under the hood we can also find 3 GB of RAM, a 21 MP rear-facing camera, a downright huge 3,900 mAh battery said to last for up to 48 hours of mixed use and 32 GB/64 GB storage options. The 32 GB Motorola Droid Turbo will be available for purchase for $199.99 on a two year contract with Verizon Wireless, while the 64 GB variant will be a bit more expensive at $249.99. Both models will be available on the carrier’s shelves starting this Thursday, October 30.