In 2014, Motorola’s Moto 360 was the wearable to have: Android Wear, a round watchface, a relatively affordable $250 price tag, the same old two-day battery life and a lot of the benefits of Motorola’s experience with smartphone design. This year, the second generation of the Moto 360 was launched, in an attempt to continue to gather fans towards the Lenovo-owned company’s wearable ideals. Even though everyone was pretty much happy with the Moto 360 as it was, thanks to Android Wear updates in part, a successor was warranted. Apple launched their own wearable this year, and LG is pushing the Urbane LTE against Samsung’s cheaper Gear S2 3G wearable. Motorola had to make a statement with the Moto 360 2nd gen, although it might not have been a necessary one.

With the launch of the Moto 360 2, inevitably its predecessor became much cheaper, being available in the US for only $100. That ultimately raises the question if the new generation Moto 360 price is worth the investment or if the original model has enough features and advantages to make for a worthy competitor. Black Friday is approaching and people are getting ready for the shopping season, wearables  being one of the markets that will be offering massive discounts. If you’re among those wanting to get their hands on a smartwatch this Black Friday, you might be wondering if saving money on the Moto 360 would be a better choice than anything else.

With that in mind, I decided to try and compare the two wearables and see what gives them value. At the end of this short comparison, hopefully we will have more insight into what both these wearables are capable of and which would be the better deal for someone just starting in the smartwatch department. Those who already have some experience with these devices are of course inclined to get the newer model, to see if they can have an even better user experience and use more features. I believe that while the Moto 360 2nd gen is an excellent device, maybe it would have been a better investment for the company to choose a longer release cycle for the device and add more to its feature list. Let’s dive right in and see!

Motorola’s design language was a hit with the first wearable they launched, and the improved design of the Moto 360 2nd generation only adds to the sleek, industrial feeling of the smartwatch. The 2014 model introduced the black bar on a round watchface, and the trait continues on to the successor, albeit in a more streamlined and aesthetically pleasing manner. With the refined design elements that give the newer model of the watch a more put together and streamlined feeling and appearance, Motorola showed that minor improvements can mean a lot when talking about devices you’re supposed to use at all times. Actually, the second generation of the wearable looks a lot like the first leaked renders of the Moto 360, showcasing a minimalist device with thin bezels all around.

In fact, design is one of the major reasons why one would actually choose the newer Moto 360 over the predecessor, although it’s not the only one. Small changes to the watchband hinge, which is now a more standard lug that can be much easier to switch and will be a more comfy fit for you and a safer fit for the watch itself. The stiffness of the original Moto 360 watchhinge would gnaw into the back of the device and have the glass crack at the stress points. Although this is not a major flaw, it does contribute to general wear and tear and shortens the overall lifespan of the device.

The Moto 360 2nd gen aims to look more like a wristwatch than a smartwatch, which is the obvious difference that jumps out when first comparing it to the predecessor. It’s a tad lighter, but it shares build materials nonetheless with the original model. The Moto Maker platform adds a lot of customization options and the fact that it is available in two sizes, a 42 mm and a 46 mm, aids its appealing nature. It looks nicer and classier than the first model, all the while being easier to use with the improved button placement. Mainly, it just looks better, though. The customizable bezel around the display is looking a lot more fashionable, too, diminishing the slightly bothersome nature of the flat tire – the black bar on the bottom, housing additional hardware and contributing to keeping the watch as thin as it is.

Android Wear makes the user experience on the two wearable devices pretty much the same, although the 2nd generation model has a few of its own nifty features that set it apart from its predecessor. However, performance is what truly makes a difference in how the user experience flows on each device. The newer model obviously has newer and improved hardware and better sensors which allow for shorter delays and a smoother experience within Android Wear. At the same time, the device is capable of an always-on much-improved ambient light state, thanks to the improved light sensor that helps the software calibrate the display brightness much better and much faster than on its predecessor.

As I said earlier, the improvements that count the most in favor of the Moto 360 2nd gen are barely noticeable and subtle. Given the nature of the changes, I believe even Motorola were thinking of prolonging the launch cycle of the Moto 360 at one point, but decided against it once the Apple Watch raised a lot of awareness about the usefulness of wearables. However, the Moto 360 2nd gen isn’t really a competitor to the Apple Watch because it doesn’t offer the same integrated experience. Both the Moto 360 2 and its predecessor work with iPhones via the Android Wear app, but only offer notifications in a non-actionable manner for iOS users, limiting the user experience. 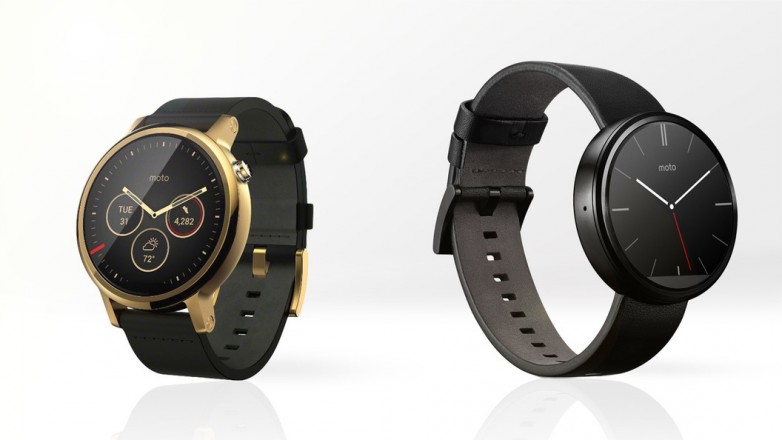 For Android users, however, the performance differences might make all the difference between the two Moto 360 models. The faster Snapdragon 400 CPU helps the 512 MB RAM along in the new model, while the older smartwatch uses a slightly inferior Texas Instruments OMAP CPU and the same amount of RAM. The battery life of the device is largely the same for the 42 and 46 mm models, even though they have different size batteries. The smaller Moto 360 2nd gen comes with a 300 mAh battery, the larger one with 400 mAh, while the original gets 320 mAh. Comparatively, wireless charging is present on all models and the battery life for all of them is about the same – at one night’s use on average, with charging cycles going on at night.

The Moto 360 2nd gen and its predecessor both feature IP67 certification, the same Android Wear 1.3 OS, heart rate monitor and the same IPS display. However, the 2nd gen Moto 360 has the advantage of a higher-resolution display that can go a lot higher in brightness than the original model. That makes the entire watch feel more familiar, especially when considering sunny outdoor environments. Compared to the first one, it has the same 1.56-inch display on the 46 mm model with a 360*330 resolution adding up to 233 ppi, whereas the original sports a 320*290 resolution panel with 205 ppi. The 42 mm model has the highest ppi at 263, coming from the 360*325 resolution on the 1.37-inch display.

Pricing and what it all comes down to

Obviously, the Moto 360 2 has some advantages over the previous model, but I’m not entirely convinced that the $350 and $400 price tag of the 42 and 46 mm models respectively is worth those features. The Moto 360 is available for much less, and the disadvantages it carries are minor – a dodgy ambient display that isn’t always on, a unique but slightly counterproductive watchband, a slightly lower resolution and a more “techy” design. The newer model is definitely a better-looking smartwatch that truly seems as though it should be in the jewelry section of the mall. If the refined, classic timepiece design is what feels attractive and worthy about this smartwatch from your point of view, you must know its performance and user experience are just as valuable. 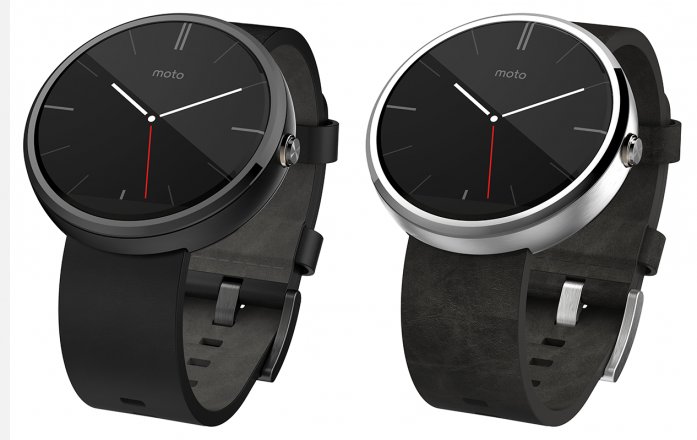 The older Moto 360 has everything a techy would want, but its design reflects that

Thanks to the noticeably improved performance and the extended abilities of customization through the Moto Maker platform where you can pick materials and accents, the Moto 360 2nd generation embodies class and becomes a representative for wearables that can “ascend” to the state of jewelry. Indeed, the luxurious Apple Watch made from precious materials is being marketed as jewelry and considered the most fashionable wearable of the times, but if you get a chance to see the Moto 360 2 in action, you will quickly observe that it deserves a place in the jewelry store more than the Apple Watch – in the cheap section, though as Motorola is not in the habit of using precious metals in their tech.

In the end, it comes down to what kind of statement you want to make, if any, with your wearable. The original Moto 360 is a watch representative of 2015, a  year when innovations were made and the device was among the forerunners – industrial design with a minimalistic feel to it. The Moto 360 2nd generation is for those who want their tech to blend in with their lifestyle and represent their own sense of style more accurately. With its classic watch design, it certainly comes close to being a luxury watch.

Saul BowdenMarch 27, 2017
Read More
Scroll for more
Tap
Pebble Time Round vs Apple Watch – design vs quality
Apple Watch dock is late and overpriced at about $100