League of Legends: Bard, the new champion is now playable, here’s what he can do 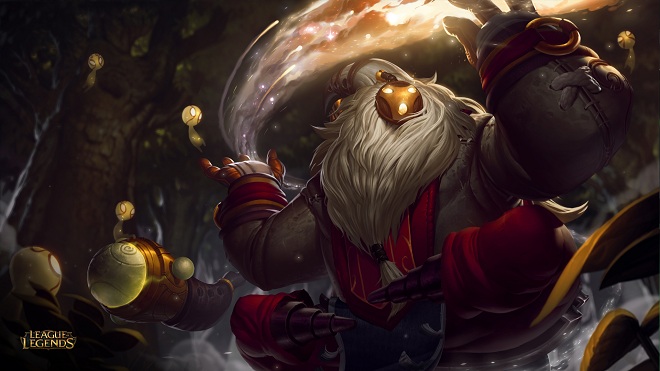 League of Legends: Bard, the new champion is now playable, here’s what he can do

Developer Riot just launched a brand new champion for League of Legends and he’s quite a bit different than what players have grown accustomed to. Entitled Bard, the champion is also known as “the Wandering Caretaker” and his abilities make him best suited for the support role. Support is a role that many League of Legends (or indeed MOBA games in general) players often shy away from due to the fact that it comes with great responsibility and not a whole lot of power. Unsurprisingly, most players would prefer to be the ones who land the killing blow, but for those kind souls who are happy to babysit the carry, Riot has released the aforementioned new champion. Bard’s abilities are definitely pretty unique, so let’s take a quick look at what the Wandering Caretaker has to offer, shall we?

t off, his Q ability is a skill shot and pretty straightforward all things considered, although it does come with a little twist. The ability is called Cosmic Binding and it allows Bard to fire a a burst of energy in a straight line. The interesting thing about it is that it doesn’t stop once it hits an enemy, as it passes through and looks for an additional target. What’s more, if Cosmic Binding manages to hit a secondary target it stuns both enemies, or just stuns the first one if it passes through and hits a wall. Most League of Legends champions have some sort of targeted abilities like this, but the fact that Cosmic Binding can hit multiple enemies and doubles as a stun makes it a bit more special.

Moving on, Bard’s W ability is called Caretaker’s Shrine and it’s basically a summoned stationary item that can both heal and buff allies. Riot refers to the item as a health pack and explains that your team mates will be healed for a certain amount upon walking over the pack, while also gaining a temporary speed boost in the process. As for the enemy team, Bard’s opponents will be able to destroy the health pack if they stand on it for a moment, so make sure you keep them away from the item if at all possible. Alternatively, you can use the Caretaker’s Shrine as bait while you and your lane buddy hide in the bushes for an ambush. Caretaker’s Shrine works pretty well with a number of League of Legends champions, but Riot suggests that it’s particularly helpful if laning with Udyr since he can make great use of the temporary speed boost.

Next off, the latest addition to League of Legends is also able to create portals thanks to its R ability entitled Magical Journey. This spell allows Bard to summon a portal on a target wall, which can be extremely useful since the portal creates a tunnel to the other side. This essentially provides you and your team mates with a great way of bypassing obstacles and jumping into the heat of the battle more quickly. Since time is an extremely important asset in League of Legends, you should try not to waste any by going around walls whenever possible. However, there’s a bit of a downside to Magical Journey as well because your opponents will also be able to freely pass through the tunnel.

As for Bard’s ultimate ability, I hate to draw comparisons between League of Legends and Heroes of the Storm, but the ability is basically Zeratul’s Void Prison, albeit with a less spectacular visual effect. Specifically, Bard’s Tempered Fate ultimate creates a stasis field in a circular targeted area which renders everything and everyone inside it immobile and unable to attack. The ability is great for buying time or saving one of your team mates, but you unfortunately can’t use it to block an enemy and kill him because targets caught inside Tempered Fate are invulnerable. Bard’s ultimate must be used with care however, as the stasis field traps not only your enemies, but also your allies. On the bright side, Tempered Fate also works on turrets, minions, and monsters.

Finally, Bard also comes equipped with a Passive ability called Traveler’s Call. The passive features two different effects, the first of which goes by the name of Ancient Chimes and periodically spwans sacred chimes across the battlefield. Collecting one of the said chimes will grant Bard a temporary speed, experience, and mana boost. Doesn’t affect allies or enemies. The second effect allows Bard to attract “meeps”, small untargetable spirit that grant the new champion extra attack damage before disappearing. Each meep only grants a one time attack boost and Bard can have multiple around him, but their number and power only increases as the champion continue to gather chimes.

And that’s pretty much a wrap. If you want to learn more about Bard you should probably test him our for yourself, so fire up League of Legends and give him a go. Also, the hero spotlight below could also give you a bit more insight into what Bard is and what he can do.