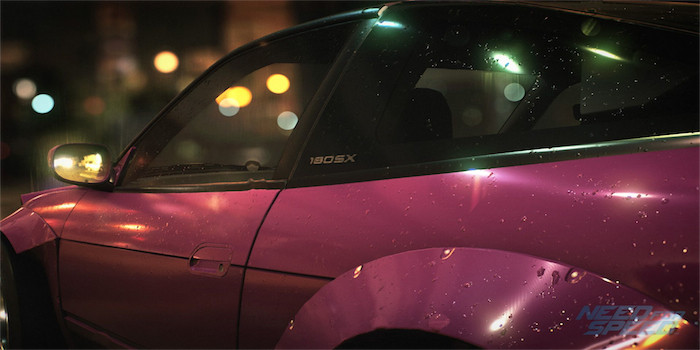 If you’re a racing sim fan then you have probably heard the news that EA and Ghost Games will soon be releasing a reboot of the Need for Speed series. Taking it back to its roots to hone in on the elements that have made the series such a huge hit for years. It will be EA’s second reboot of a series after their revival of Star Wars Battlefront set to launch November 17th.

It’s great news for fans of both series but Need for Speed fans have been left with a long list of questions surrounding the reboot. EA has been fairly tight-lipped about the game probably wanting to hold back information until E3 in a few weeks. The most they’ve said about the reboot is that it will be dropping sometime in the third fiscal quarter, placing it somewhere between October and December. Today though a link popped up for a short time on the Xbox store that claimed Need for Speed was launching November 3rd.

The link is gone now but thankfully Reddit user “lipeeeeee” was able to snag screen captures of the page before it was taken down. According to a Reddit post from “lipeeeeee” the Need for Speed reboot will include game modes with “5 unique ways to play, Speed, Style, Build, Crew and Outlaw, enabling you to earn reputation and ultimately win your way.” The post also shows that the game will supposedly have multiple overlapping storylines set in Ventura Bay.

Ventura Bay would be the perfect place for the game to take place offering a wide range of environments for players to test themselves including a downtown area, canyons, and a large harbor. Unsurprisingly the screenshots also say that players will be able to customize their car anyway they like to match their unique style. A staple of the Need for Speed series and most modern racing sims.

What makes the screenshots so interesting is that they place the games release date at November 3rd right in the middle of EA’s announced launch window. Giving the post a leg up on the many of the other pre-E3 rumors that are currently floating around. It will be interesting to see if EA corroborates any of this information during their E3 press conference. Until then fans will have to wait and hope that this information is correct.

The Witcher 3 Wild Hunt Xbox One 1.03 Patch Should Release Tomorrow
Leaptrade Review- A Better Way to Trade Your Games