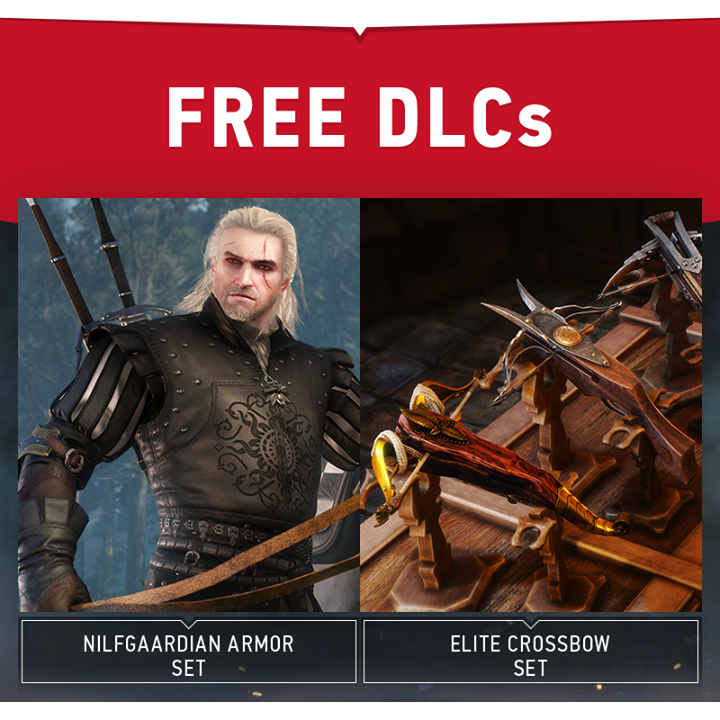 The Witcher 3 Wild Hunt, the new role playing game developed by CD Projekt RED now available in all regions on consoles and PC, has been receiving some free DLC packs every week, including new missions, new items and more.

Last week the game has received two new DLC packs including a Nilfgaardian Armor set and an Elite Crossbow set. For some unexplained reason, the DLC hasn’t been made available on the European PlayStation Store so European players haven’t been able to enjoy the new content. Earlier today, however, the matter has been finally fixed and last week’s The Witcher 3 Wild Hunt DLC packs are now available for download on the European PlayStation Store.

If you live in North America and have yet to purchase this excellent role playing game, you may want to take advantage of a new deal which has surfaced online yesterday. Target stores in the US are currently offering The Witcher 3 Wild Hunt PlayStation 4 and Xbox One for a reduced price, $41.99 instead of $59.99. Even though the price reduction isn’t all that big, it’s still a really good deal, considering the game’s quality and huge amount of content and the fact that it has been released in North America only a few weeks ago.

Last week The Witcher 3 Wild Hunt not only received the already mentioned DLC packs but also a new update on PlayStation 4 and PC. The update comes with a variety of fixes and tweaks such as a fix for the XP glitch which prevented players from obtaining XP after completing quests, a fix for the Pyre of Novigrad quest, bigger text and more. The patch also includes a hilarious fix for the money exploit which involved killing cows in White Orchards, sell their drops and make them respawn by meditating.

The Witcher 3 Wild Hunt is now available in all regions on PlayStation 4, Xbox 360 and PC.