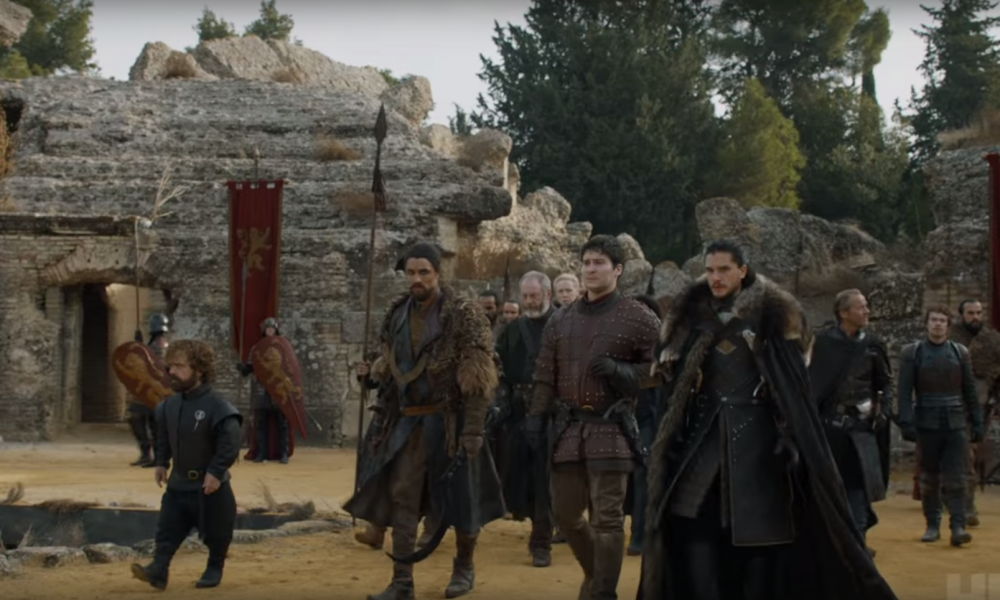 The seventh and final episode of the seventh season of Game of Thrones now has a confirmed title and length, as announced by HBO. “The Dragon and the Wolf” will air this Sunday and will run for 79 minutes and 43 seconds, the longest in the history of the show. It edges out last week’s “Beyond the Wall” (the longest to air so far) by nine minutes.

The title reveals a lot, and supplementing this with the recently released preview, viewers can expect the episode to be a big one. Most of the major players have gathered in Highgarden, where we’ll finally see a confrontation between Houses Lannister, Stark, and Targaryen, the last three surviving major houses. As the title suggests, Daenerys and Jon are on the same page and are seemingly uniting against Cersei. Expect the discussion to mostly be Jon attempting to convince Cersei to put the war on hold and join them in fighting the Night King. As Jon says in the trailer: “There’s only one war that matters. And it’s here.” The war between life and death is upon them, and all of Westeros will need to fight against it.

Interestingly, while most of the big names in the show are in one place (all except for Sansa, who’s still in control of Winterfell), Daenerys is nowhere to be seen in the trailer. Jon enters with Davos, Brienne, Theon, Podrick, Jorah, Tyrion, and Dothraki Bloodriders at his flank, but Daenerys is not with them. Perhaps she is to make an entrance, or perhaps Tyrion and Jon manage to convince her to stay back, to both prevent her from getting killed or captured. This would be an interesting turn, as Cersei’s only real card left is her being able to get under Daenerys’ skin, as she has recently shown to be easily angered and hot-tempered. It’s doubtful that Daenerys and Cersei won’t confront each other at some point, but it is interesting to not see her in the trailer.

This showdown before the war takes place this Sunday at 9 on HBO.